The photograph and Australia: timeline

This timeline was produced for the exhibition The photograph and Australia (Art Gallery of NSW, 21 March – 8 June 2015). It presents key moments in the history of the photographic medium and of Australia since the colonial period.

1770
Captain James Cook of the Endeavour lands at Botany Bay, an area inhabited by the Eora people, having viewed the transit of Venus and in search of the ‘Great South Land’

1779
Joseph Banks, botanist on Cook’s 1770 voyage, recommends Botany Bay to an English parliamentary committee as a suitable site for a penal settlement 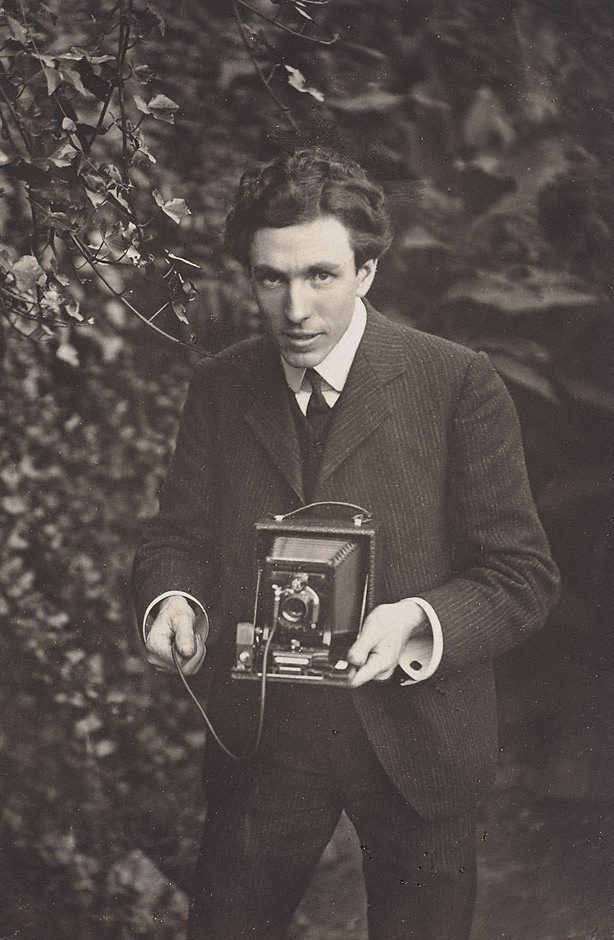 1824
A penal colony is established at a site on Redcliffe Peninsula and in 1825 moved to the Brisbane River, site of modern-day Brisbane

1825
Tasmania is declared a separate colony from New South Wales

1841
Captain Augustin Lucas produces the first daguerreotype in Australia in a demonstration on Bridge Street, Sydney

The Illustrated London News, one of the world’s earliest illustrated periodicals, is first published

1847
Douglas Kilburn makes daguerreotypes of Kulin people, which are engraved and published in England in 1850

1851
Six nations (Canada, America, France, Russia, Germany, Britain) exhibit photography at the Great Exhibition of the Works of Industry of All Nations in London

In response to popular demand, the British government separates the colonies of Queensland and Victoria from New South Wales

Exhibitions of works to be sent to the Universelle Exposition de Paris 1855 are held in Sydney, Hobart and Melbourne, creating an early showcase for photography

The ambrotype is introduced to Australia by James Freeman

The Eureka Stockade is erected by goldminers at Ballarat

Due in large part to the gold rush, the Chinese population in Australia reaches 50 000

1856
Male landowners and tenants over 21 years are granted the right to vote in the self-governing territory of South Australia, followed by Victoria (1857), New South Wales (1858) and Tasmania (1896). Britain retains control over foreign affairs and defence

1857
In Sydney, the Freeman Brothers are the first to adopt the English practice of publishing mosaic group portraits of distinguished citizens

1858
The tintype process reaches Australia under the name ‘melainotype’

Fothergill’s process, an early dry-plate process, is introduced to Australia

1860
The Lambing Flat riots, a series of anti-Chinese demonstrations in the Burrangong region of New South Wales, drive 1000 Chinese miners off the fields

Solar photographic enlargers are marketed in Australia from the 1860s

1861
The colony of South Australia grants propertied women the right to vote in local elections, and in parliamentary elections in 1894. Western Australia follows suit in 1899

1875
BO Holtermann commissions from Charles Bayliss the largest ever wet-plate panorama, each of the negatives measuring 90 x 160 cm

1880
The gelatin dry-plate process is introduced to Australia, and the first commercially produced plates are manufactured and sold by Philip J Marchant in Adelaide

The bushranging Kelly gang is captured at Glenrowan, Victoria

1888
The first Kodak camera, capable of taking 100 photographs before being returned to the manufacturer for processing, makes photography accessible to millions of amateurs

1896
One-guinea Pocket Kodak cameras are available in Australia. Over 3000 are sold within two months

1900
The Kodak Brownie, the first mass-marketed camera, is released

1907
Autochrome process, invented by Louis Lumière in France in 1904, is introduced to Australia

1935
Art in Australia publishes Max Dupain’s images informed by the functionalist aesthetic of the New Photography movement, signalling the beginning of modernist photography in Australia

The Contemporary Camera Groupe is formed by Max Dupain

1947
The Institute of Photographic Illustrators, aimed at raising the standard of photography, is formed in Sydney

In the United States, Edwin Land invents the Polaroid camera

1948
The 35mm Nikon camera is introduced in Japan

1949
The White Australia policy is relaxed by the Menzies government, starting the gradual abolition of racially motivated immigration policies

Frank Hurley’s Australia: a camera study is published in Sydney

1956
In the United States, Xerox introduces the first office photocopier

1959
The exhibition Family of man, from the Museum of Modern Art in New York (MoMA), tours Australia, and includes the work of Australian photographers David Moore and Laurence Le Guay

1961
The Great Melbourne Telescope is rebuilt at Mount Stromlo Observatory near Canberra, with a 1.25-metre glass mirror and new controls

1964
Push-button telephones and the Picturephone service come into use

1966
Soviet spacecraft Luna 9 lands on the Moon, as does the United States’ spacecraft Surveyor I which transmits more than 11 000 television images of the terrain

1968
The Earth is photographed from the Moon

1973
The Australian Centre for Photography opens in Sydney and engages John Szarkowski, director of photography at MoMA, New York, to participate in a nationwide tour

A USSR space-probe lands on Mars, and the United States’ Mariner transmits detailed pictures of Venus and Mercury

The Fall of Saigon ends the Vietnam War

1981
Photodiscourse: critical thought and practice in photography, edited by Kurt Brereton, is published by Sydney College of the Arts

1982
Sony demonstrates Mavica, the first commercial camera with electronic picture-storage rather than film

Photofile magazine is launched by the Australian Centre for Photography, Sydney

1988
The Bicentenary of the arrival of the First Fleet is celebrated in Australia, spurring massive protests and the largest ever demonstrations for land rights

Gael Newton’s Shades of light: photography and Australia 1839–1988 and Anne-Marie Willis’s Picturing Australia: a history of photography are published

1989
The first portable digital camera, the Fuji DS–X, is commercially marketed in Japan

1992
The Great Melbourne Telescope is rebuilt for the MACHO project, a search for the evidence of dark matter

1994
The internet moves out of universities and into commercial use

2000
The world’s first camera phone, the J-Phone, is released in Japan

2002
Allegations supposedly proven in 2001 by widely circulated photographs that asylum seekers rescued by the Tampa had thrown children overboard to ensure passage to Australia, are dismissed

Google Street View is launched, providing panoramic images of cities in the United States taken using nine directional cameras at a height of around three metres

2008
Photographs of Australian cities are added to Google Street View

2011
Google Inc engineers the reverse image search, which allows internet users to trace the origin of and information about photographs used for advertising and other purposes

Snapchat, a photo-messaging application, is developed by Evan Spiegel and Robert Murphy, students at Stanford University

2013
Over 300 million photographs are uploaded to Facebook every day, more than 20 times the total number of analogue photographs held by the United States’ Library of Congress

2014
Google Glass, a wearable computer with a head-mounted optical display, goes on sale 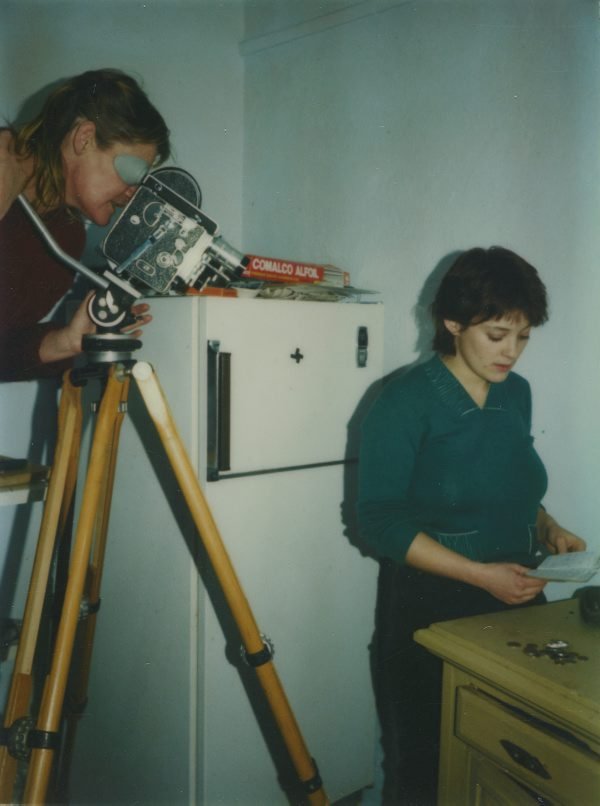 This is one of the 47 photographs in this work. Click on the image to view them all 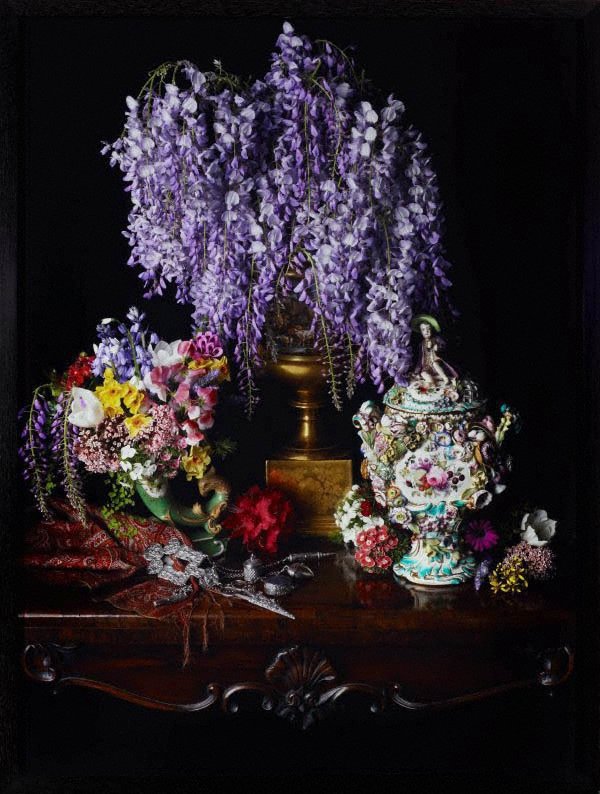