Archibald, Wynne and Sulman in the collection

Over the years, the Gallery has acquired a significant number of artworks from the Archibald, Wynne and Sulman Prize competitions for the collection. Here is a small selection of these collection works, currently on display. 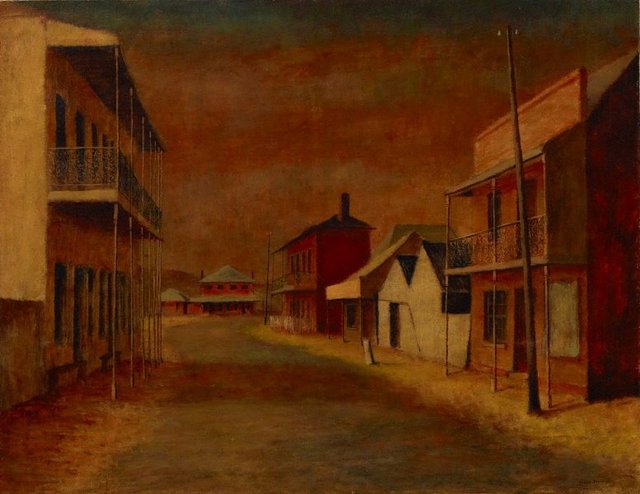 Regarded as one of Russell Drysdale's finest paintings, *Sofala* won the Wynne Prize in 1947 and was acquired by the Gallery in 1952.

Drysdale first visited this former gold-mining settlement in August 1947 with fellow artist Donald Friend. He made a sketch and took photographs but, as was customary for him, completed the painting in his studio on returning to Sydney. 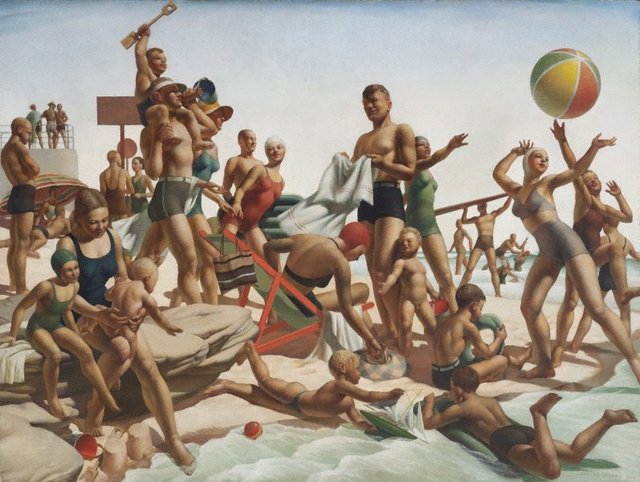 Charles Meere was one of a group of Sydney artists whose work modernised classical artistic traditions as a way of depicting national life during the period between the first and second world wars. This now-iconic painting encapsulates the myth of a healthy young nation, symbolised by the tanned, god-like bodies of the sunbathers.

The work was a finalist in the 1940 Sulman Prize and was acquired by the Gallery in 1965. 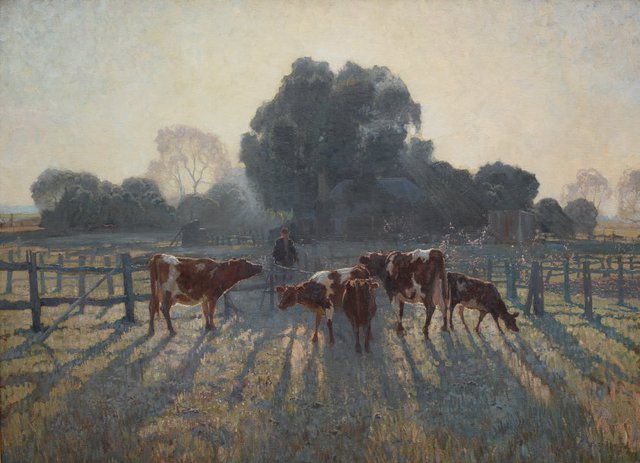 This is one of the Gallery's most popular paintings. It was awarded the Wynne Prize in 1919 (Elioth Gruner's second Wynne) and acquired by the Gallery in 1939.

To work on this painting outdoors at Emu Plains, Gruner built a structure to protect the canvas from the weather, and wrapped his legs with chaff bags to avoid frostbite. 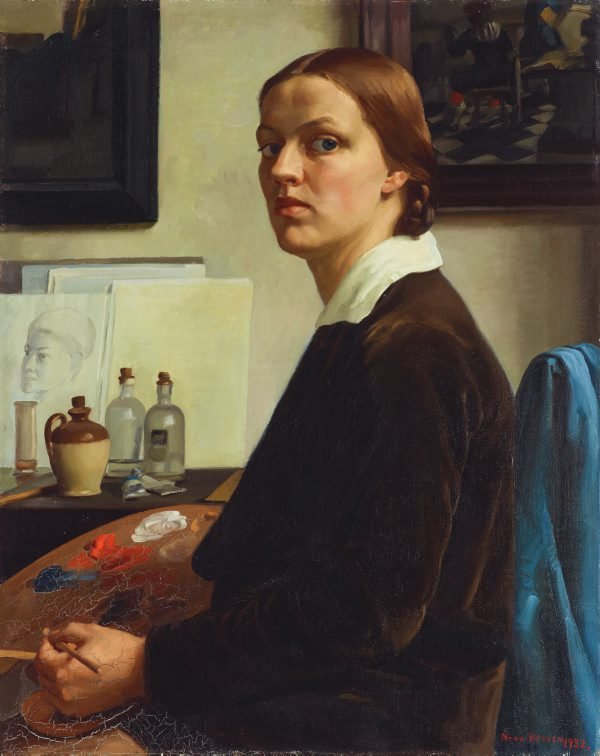 In 1938 Nora Heysen became the first woman to win the Archibald Prize. This self-portrait was painted earlier but it strongly articulates her identity and ambition as a young artist, independent of her famous artist-father Hans Heysen. After undertaking study in Europe, Heysen established herself as a distinguished portrait and still-life painter. 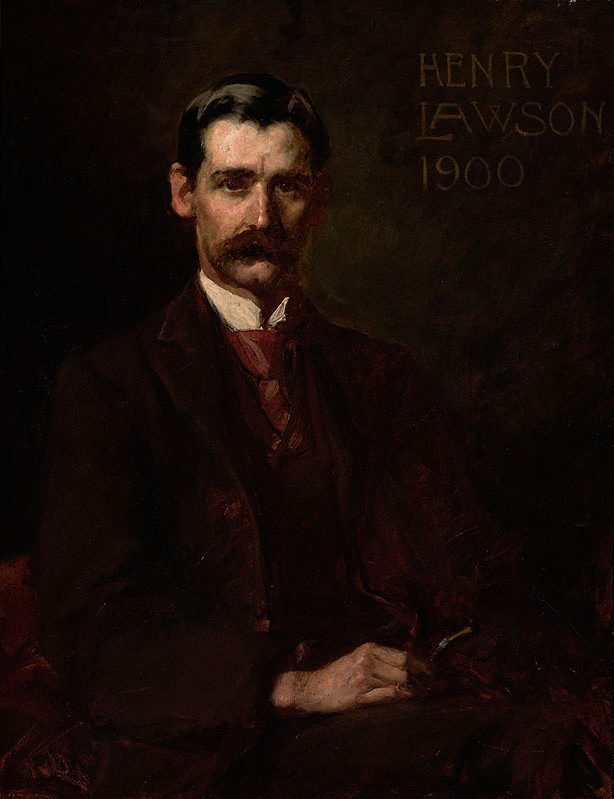 Henry Lawson's writing in *The Bulletin* helped create the image of the Australian bushman as the epitome of egalitarian and national ideals.

This portrait of Lawson was commissioned in 1900 by JF Archibald, editor of The Bulletin. The finished portrait delighted Archibald and prompted him to establish the Archibald Prize, the non-acquisitive annual portraiture prize first awarded in 1921.

Across the black soil plains, 1899

Inspired by his experiences as a youth in the bush near Warren, NSW, George W Lambert began this ambitious work at the age of 26, while living with his mother at Hornsby. He worked in a small shed in the garden, and had to position the painting diagonally across it, even then unable to stretch the canvas to its full extent.

The painting was enthusiastically received as a heroic portrayal of bush life, displaying Lambert's innate skill at draughtsmanship. It was awarded the Wynne Prize for landscape painting for 1899 and was acquired by the Gallery in the same year. 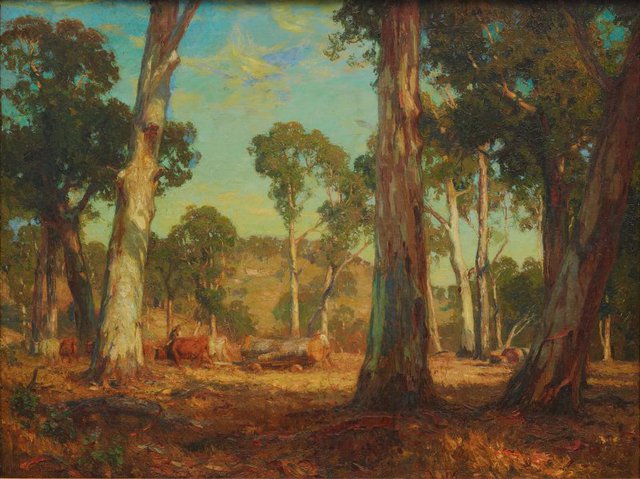 One of the country’s most acclaimed landscape painters, Hans Heysen was awarded the Wynne Prize an unprecedented nine times between 1904 and 1932. He was knighted in 1959.

This Heysen painting won the Wynne Prize in 1911 and was acquired by the Gallery the same year. 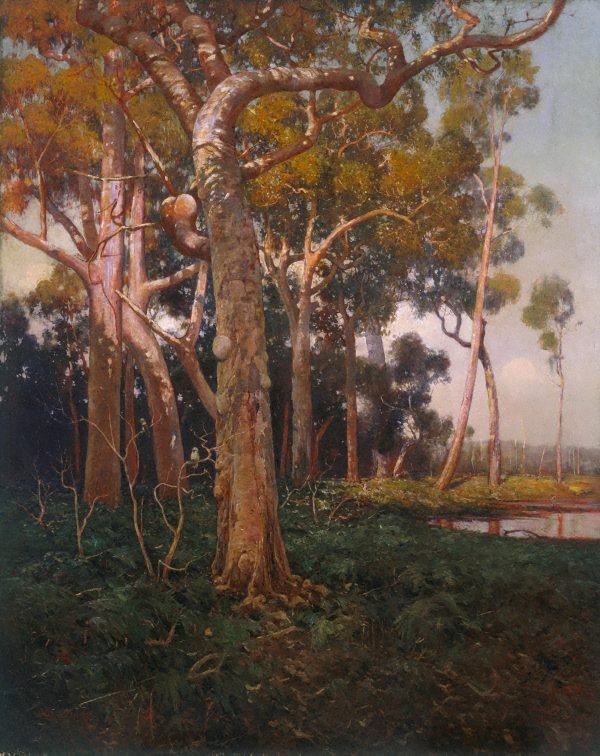 The golden splendour of the bush, circa 1906

This work won the Wynne Prize in 1906. Following the award, enthusiasm for this painting among members of the public and the Royal Art Society of NSW led a group of private individuals to organise its purchase and presentation to the Gallery as a gift. It was acquired by the Gallery in 1907.