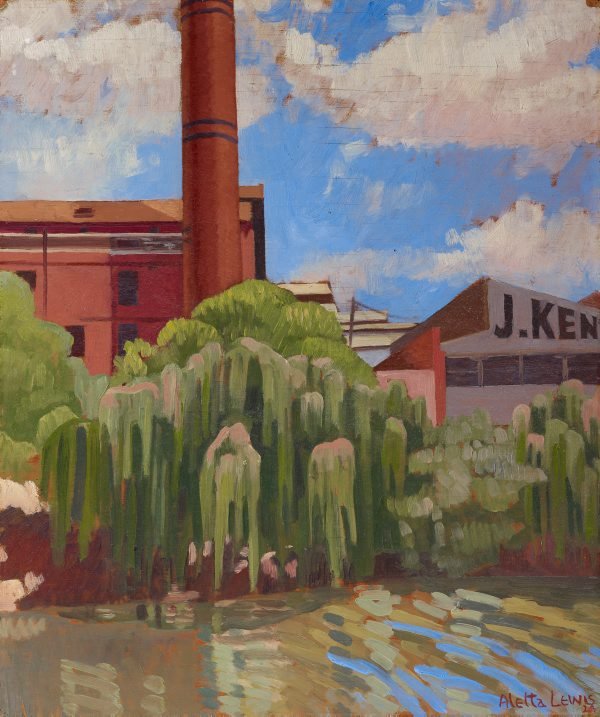 Factories on the Yarra

Aletta Lewis was born in Orpington, Kent in 1904. She trained at the Slade School, London, where she held a scholarship and, while still in England, she exhibited at the New English Art Club. Lewis spent her most exciting period as a young artist in Australia, coming to work in Sydney in 1927 at the age of 23.

Though little known today Lewis was an important member of the Sydney circle of interwar modern painters. Her arrival in 1927 and works that she locally exhibited provoked widespread discussion.

Factories on the Yarra is a rare extant work from her period in Australia. Like other of her modern peers in Australia, she painted the urban experience through the modern geometry of the city’s architecture, negating images of its populace in the modernist drive for cubic form. Lewis emphasised the jagged forms of the factory rooftops to imply the angular rhythms of urban industrialisation. Using urban architectural forms to explore fresh artistic modes of expression, Factories on the Yarra is indicative of the developing artistic vocabulary that was emerging in Australia during the interwar decades.