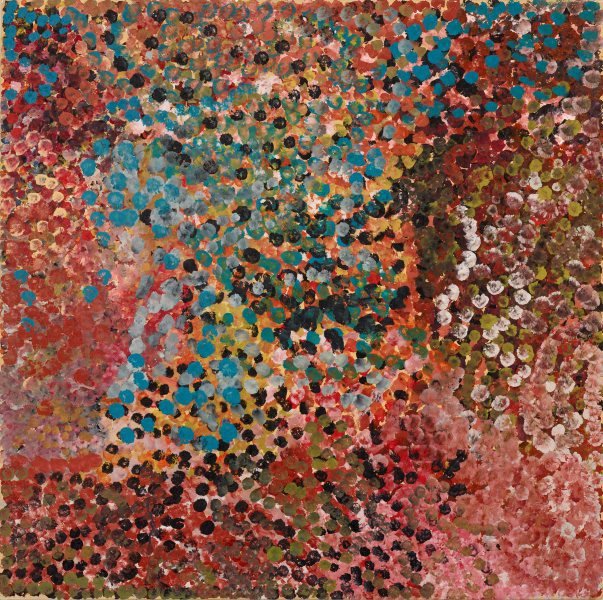 Working in a remote, north-west corner of the Simpson Desert, on land annexed by pastoral leases during the 1920s, Emily Kam Ngwarray became, in the final decade of her life, perhaps the most celebrated and sought after Australian artist of her time.

A leading figure in eastern Anmatyerr ceremony, Ngwarray was also the artist in whose work many white Australians first felt the force of an Indigenous art that could be seen to negotiate a space both within the aesthetics of Western abstraction and the timeless precepts of Aboriginal cultural traditions.

Ngwarray attained artistic maturity as a woman in her seventies, not long converted to the techniques of painting on canvas, but with decades of painting in a ceremonial context and activity with the Utopia Women's Batik Group behind her - as well as life as a camel handler and stockhand. In an extraordinarily prolific eight years of professional painting, she produced magnificent canvases in which she appears to have aimed for essentialist visions of the multiplicities and connectedness of her country, as imaged in terms of its organic energies. Ngwarray's vital traceries both conform to, and seem to expand beyond, her clan codes, in abstractions of ceremonial markings and imagery of her country's flora and fauna.