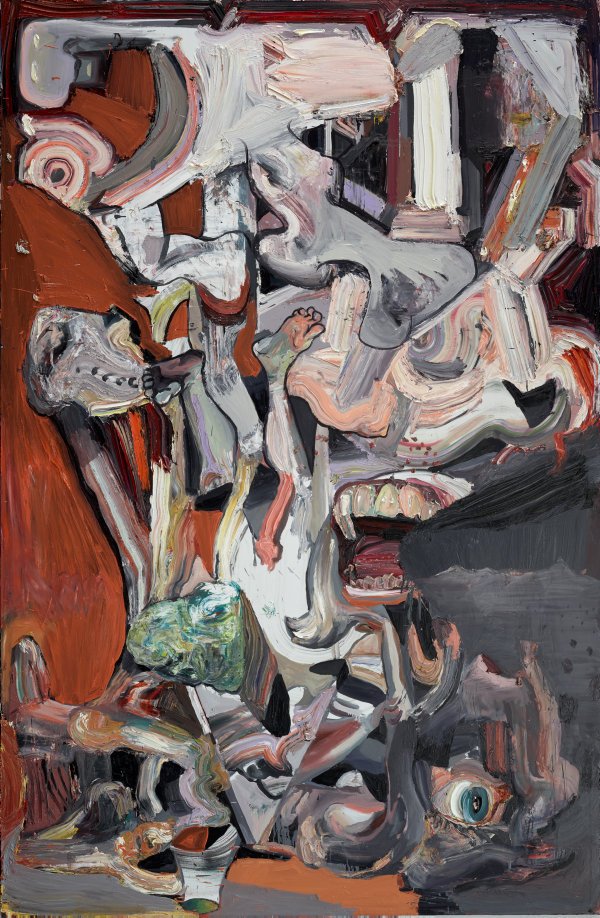 This powerful painting by Ben Quilty belongs to a group of works collectively titled 'The Last Supper'. They were painted in 2017 in response to the election of Donald Trump as President of the United States of America the previous year. The series takes its title from the Christian parable of The Last Supper, which recounts Jesus's betrayal by Judas. This subject likely struck a chord with Quilty because its themes of impending tragedy, brought about by deceit and questionable morality, chimed with his thoughts on Trump's controversial win and our current political landscape in general. In 'The Last Supper 2017' Quilty confronts political turbulence and uncertainty in an epic painting that speaks of the magnitude of the situation in its imposing scale and energy. Fears and anxieties have been given expression in the picture's fragmented imagery and its thick smears of oil paint that have been slathered on the canvas with a bricklayer's trowel. The result is a harrowing depiction of chaos, as the artist attempts to come to terms with a world that at times seems to be going mad.