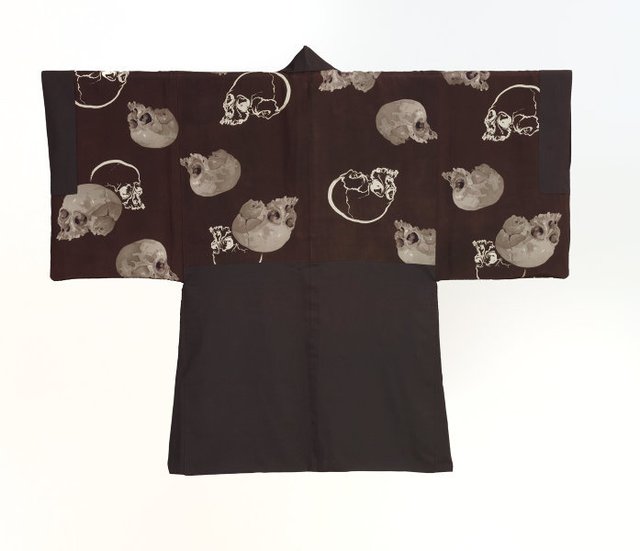 In the 1920s and 30s skeletons and skulls were a fashionable design choice to adorn the robes worn under kimonos as well as for the linings of jackets (haori). Most of these garments were worn by men who would show them off in private settings. Skeleton and skull motifs had been prevalent in Japanese art, particularly Buddhist art, for centuries, but in the Taisho and early Showa periods they were also part of a modern trend in experimental designs on clothing which also included propaganda depictions of warplanes, battleships and submarines. The lining of this man’s jacket (haori) shows dramatic skulls in profile.