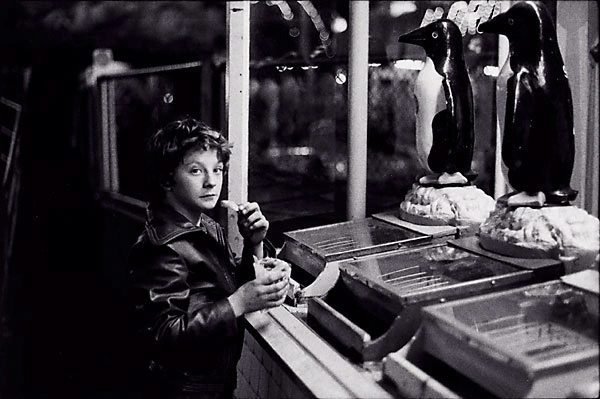 Ingeborg Tyssen arrived in Australia, from her native Holland, in 1957 as a 12 year old and the photographs she made throughout her career convey the sense of loss and dislocation she experienced as a young immigrant. A non-English speaking child, she found that she had to leave behind not only her language, but, as she put it in 1986 ‘the onomatopoeic nursery rhymes which initiated me, as a child, into the dark secrets of the European woods.’ Tyssen’s interest in photography emerged during travel undertaken in the 1970s, and on her return to Sydney she took a class with John F Williams. Influenced by his teaching, Tyssen began exhibiting her own photographs in 1975.

Tyssen’s work is distinguished by its particular intensity. Her earliest works were observational photographs of urban space that explored themes of isolation and dislocation. In particular she was preoccupied with sites of suburban pleasures like fun parks, pools and gardens and produced wry examinations of mundane scenes that implicate the comical and the poetic with the everyday. As critic Blair French noted in 2003, ‘the fascinating “strangeness” of vision in Tyssen's work suggests an authorial consciousness formed, in part, elsewhere and constantly seeking to rearticulate itself within a different world.’ Her oeuvre reflects on the difficulty of communication, while probing the expressive potential of photography as a site for critical engagement.