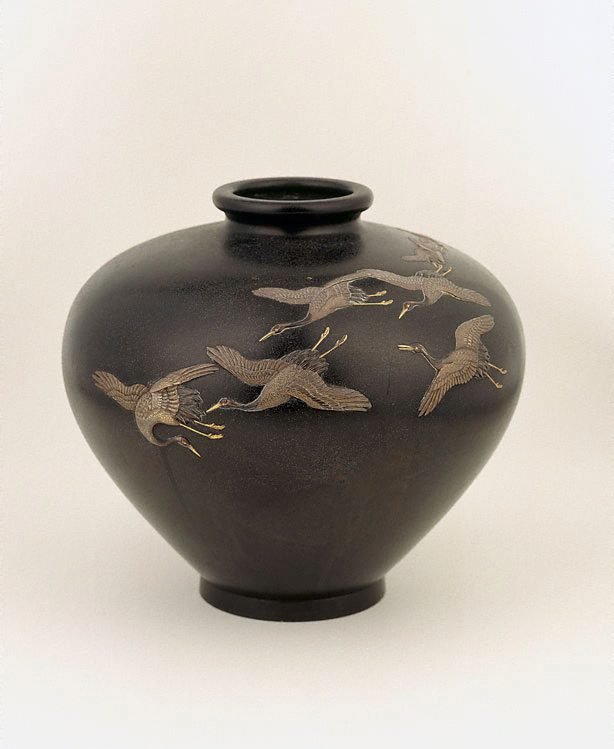 Vase with design of cranes in flight

The two vases (Acc.no. 150.2000 & 151.2000) show clear characteristics of Meiji craft with their superior techniques and traditional motifs. When the Edo period ended, the warrior class was disbanded and the carrying of swords and armour was prohibited. As a result, metalwork craftsmen lost their patrons and were in dire straits. The new government's policy to promote crafts as a major export industry found an outlet in international expositions in Europe, America and Australia. Many works from this period are thus found outside Japan.