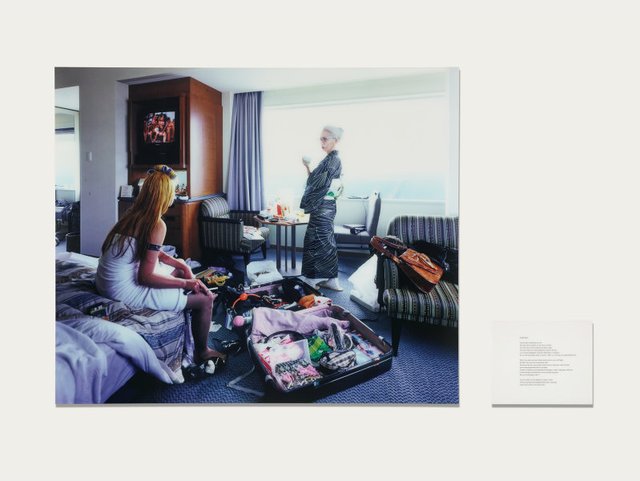 Hiroko, from the series My grandmothers

Yanagi Miwa was born in Japan in 1967. Educated at Kyoto University of Fine Art, she first came to prominence with her photographs of Japanese elevator girls which have been shown in Australia at the Melbourne Biennial 1999 and at the Museum of Contemporary Art's 'Neo-Tokyo' exhibition 2001-2002. This substantial series portrayed these women out of their usual context but still within identifiable work locales - as though it were after hours. For a foreign audience the tension in these works was in the slippage between what could be real or fantasy. Yanagi's new series 'My Grandmothers' is a homage to ageing and to the diverse dreams and fantasies of her subjects. Working with a group of young women (and some men), Yanagi asked them to describe and image what they would be like in 50 years time. The series is full of irony and wit and, unlike the elevator girls, is extremely active and bright in content and tone. 'My Grandmothers', according to Mika Monique Yoshitake, '... allows us to visualise our own aged selves and imagine a maternal ancestor that we have never met, transgressing past and future.'