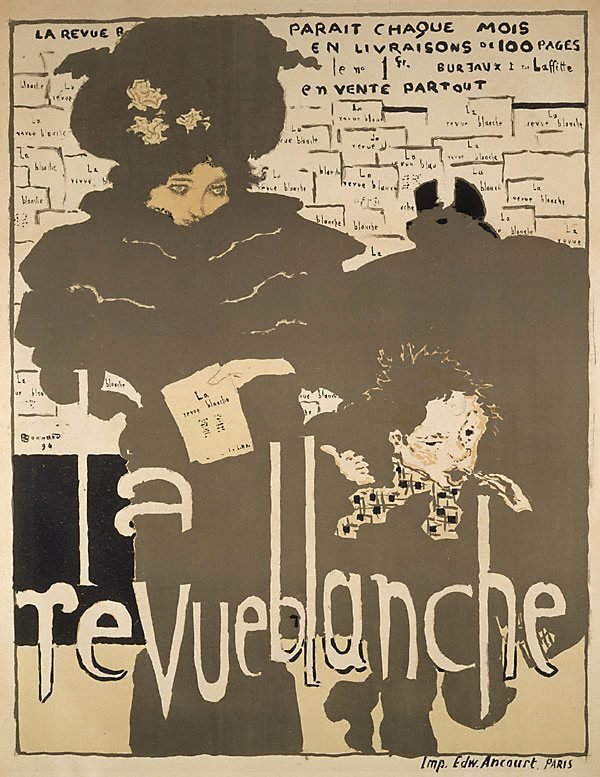 Other titles:
The white review
Location
Not on display
Further information

The flair and sophistication of the 'fin de siecle' are indelibly stamped on this image. It could serve as an advertisement for a cultural period as opposed to a mere periodical. As a pre-eminent journal of innovation and taste in the 1890s, 'La revue blanche' played a vital part in promoting the work of the generation of artists that included Edouard Vuillard and Pierre Bonnard. In association with other young artists, these painter-printmakers formed the Nabis, a collective dedicated to decorative principles and daring design strategies. Bonnard was the most gifted and productive graphic artist in the group. Influenced by the example of Gauguin and Japanese prints, he adapted them to a personal style that was edgy and off-hand, at the same time as being masterfully controlled. In this lithographic poster an imperturbably modish woman is jostled by a child of almost feral physiognomy. Niceties of lettering and layout are abandoned in pursuit of the asymmetrical silhouettes and acidic tints that Bonnard relished at the time.