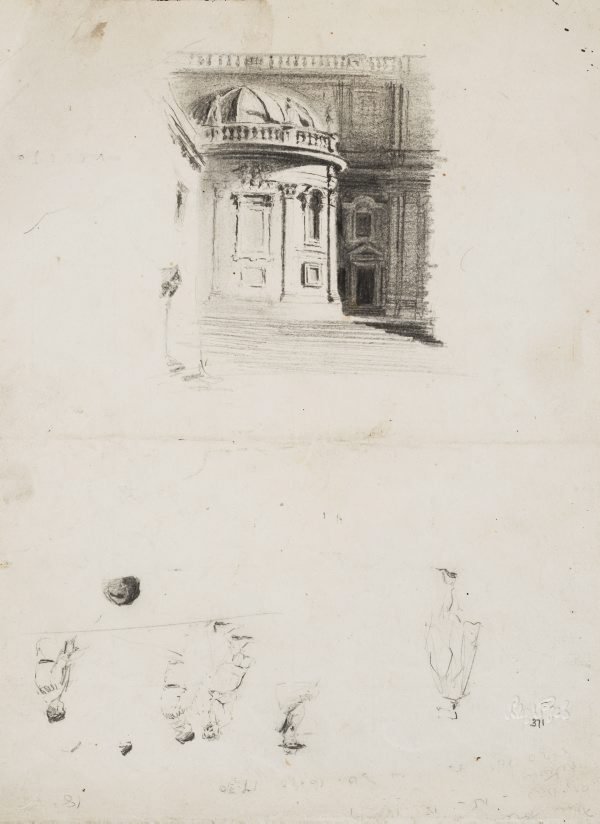 Lloyd Rees travelled to Europe several times, first in 1923-24 when he acquired a particular love of France and Italy, and subsequently during the 1950s, 60s and 70s.

From Paris (during his first visit) Lloyd Rees, Daphne Mayo and Richard McCann, a Melbourne artist, took the train to Rome. 'It was the most magical day's travel I ever knew. After lunch, as we were speeding along, I became aware of the plains of Italy with their ochre-coloured cubistic buildings. We went right through Turin and on to Milan. We travelled by night down to Rome and our excitement was mounting when in the morning light, we saw fantastic towns built on hilltops - sometimes even mountain tops. I felt a great welling up within me - the awakening of the architectural sense which Rome gives you' (Lloyd Rees, 'Peaks and valleys: an autobiography', Collins, Sydney, 1986, p 138).