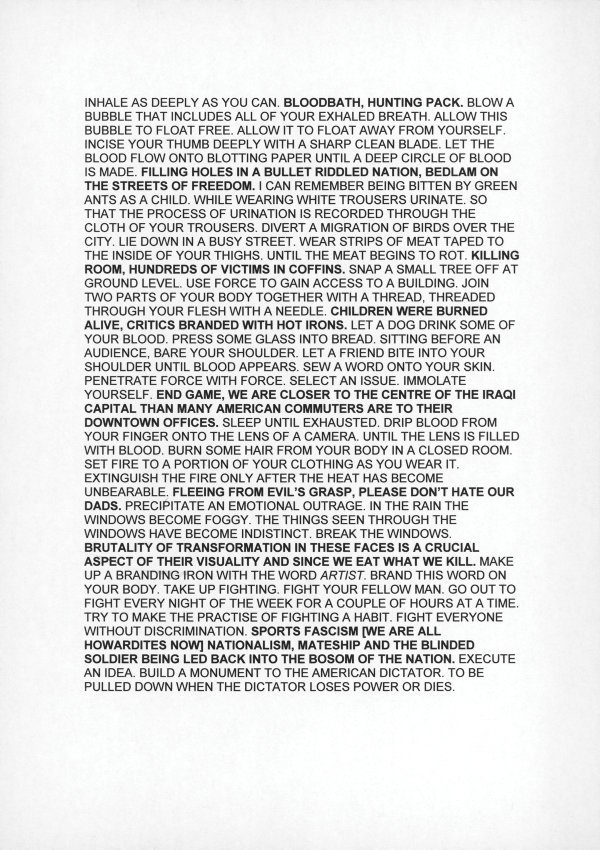 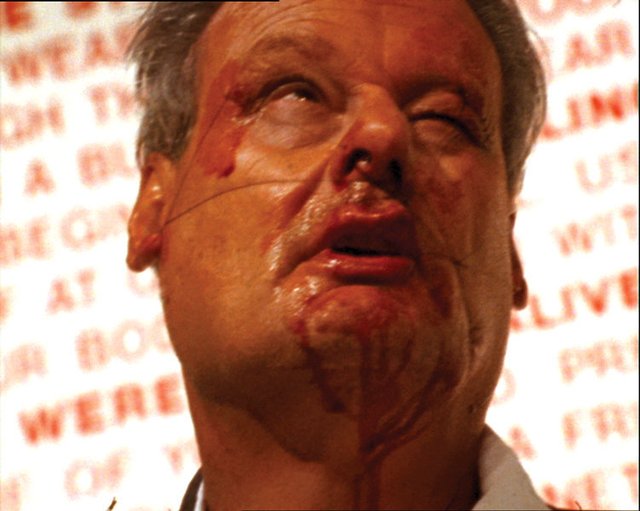 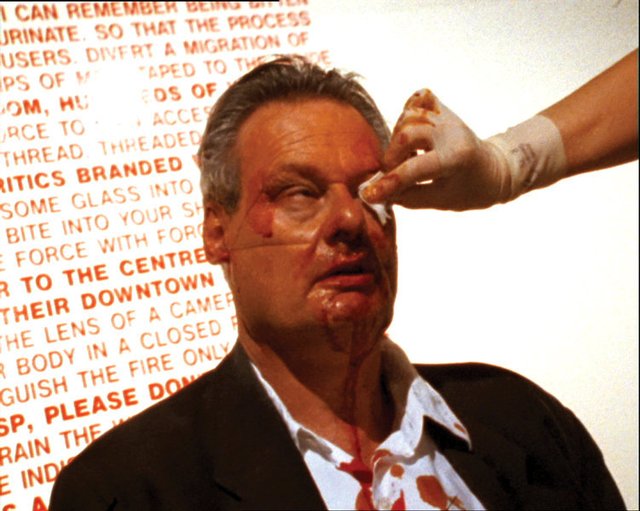 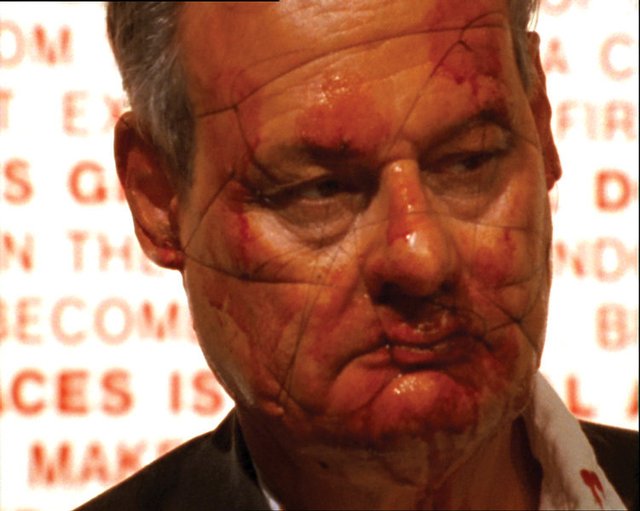 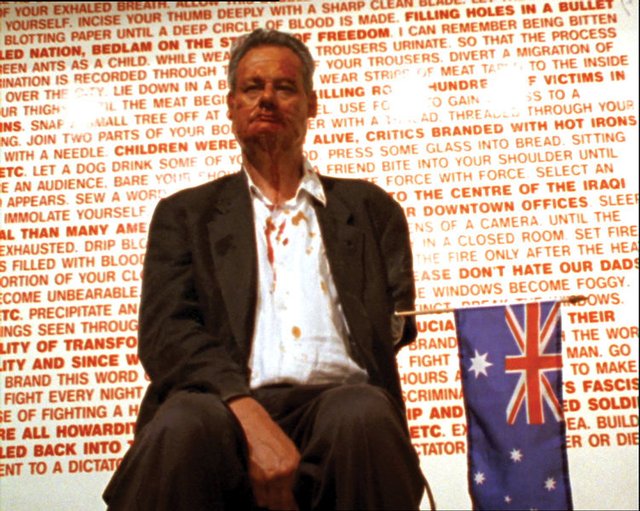 'Aussie Aussie, Aussie, oi, oi, oi [Democratic torture]' is a video work documenting a brutal, politically inspired performance by Mike Parr at Artspace, Sydney on 2-3 May 2003. It entailed Parr's wife, Felizitas, sewing his face together with a needle and thread in protest at the Australian Government’s participation in the invasion of Iraq in 2003 and the blinkered coverage by right wing-press in Australia.

Following the suture, Parr sat in a chair for 30 hours, his face contorted and clothes stained with blood, with a miniature Australian flag tucked under his arm stump. Projected on the wall behind him was text partly sourced from news headlines. The performance was streamed online in real-time and during the last 6 hours people watching on their computers could induce further pain by sadistically shocking Parr with the click of a button. Parr wryly christened the ordeal ‘Aussie Aussie, Aussie, oi,oi,oi, ’ a patriotic catch-cry commonly chanted by crowds at sporting events in Australia.

By publicly and passively subjecting himself to this abject and violent act, Parr gestured to the atrocities of war and the prevalence of conservative politics and collective macho nationalism, which had reached a crescendo in Australian society in the early to mid-2000s.