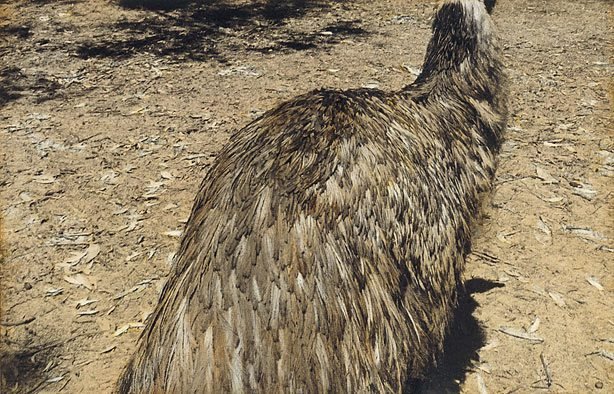 For Kate Breakey the idea of a re-constructed vision – one that matches more intuitive responses to the mysteries of the world about us – is crucial. While the images may seem ‘factual’, beneath the surface there is a hint of a different order of things. Breakey explores the ability of photography to transform reality, incorporating processes from her printmaking and painting background – an amalgam of genres that allows her to merge the objective with the subjective. While based on what is already there, she recognises that some things are more difficult to see or recognise unless they have been captured or stilled for our contemplation.

Using photography as a starting point, Breakey capitalises on the medium’s documentary capacity to stop time, memorising and recording those things important to her in her world before they change or disappear. The selected works appear as memories of a distinctly 1950 to 1960s Australian childhood – its visions and also, suggestively, its sounds. The vintage radio resonates with light and colour attracting our attention to it in a darkened room where once it reverberated with sound. In the image of the emu, Breakey recalls a fleeting encounter with native wildlife, capturing the moment as if from a child’s view – unable to control the events that unfold yet entranced with the fragmentary details of the experience, the peculiar plumage, slithering like golden leaves as the emu slips away.

Breakey applies colour to her black-and-white prints, not as a substitute for colour photography, but in order to create an individualised interpretation. She has said: ‘I use colour to embellish what is plain, to make what is dull glow and give silent things resonance.’1