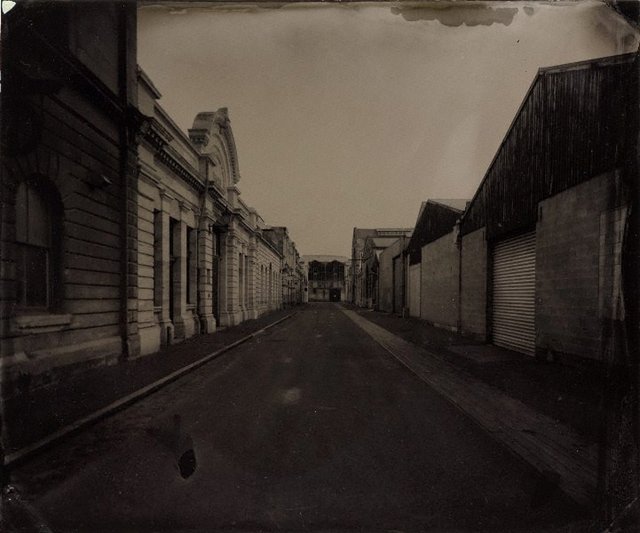 New Zealand artist Ben Cauchi works with traditional photographic process to create works that often deal with themes of memory, mortality and photographic representation itself. ‘A dead end’ is a rare and important example in Cauchi’s oeuvre of an image taken outdoors. He usually makes his photographs in a studio because the antiquated processes he employs tend to require a very controlled environment due to their volatility. The procedure of making a tintype involves coating a thin sheet of iron or aluminium (in the case of Cauchi) with opaque black lacquer or enamel, this sheet is then layered with wet collodion containing silver salts just before exposure in the camera. The resultant image is thus in fact a negative, but because of the black background appears positive. Tintypes are unique images which cannot be reproduced. Cauchi works most often with ambrotypes – also unique images – so this example of a tintype taken outdoors is doubly rare in his practice.