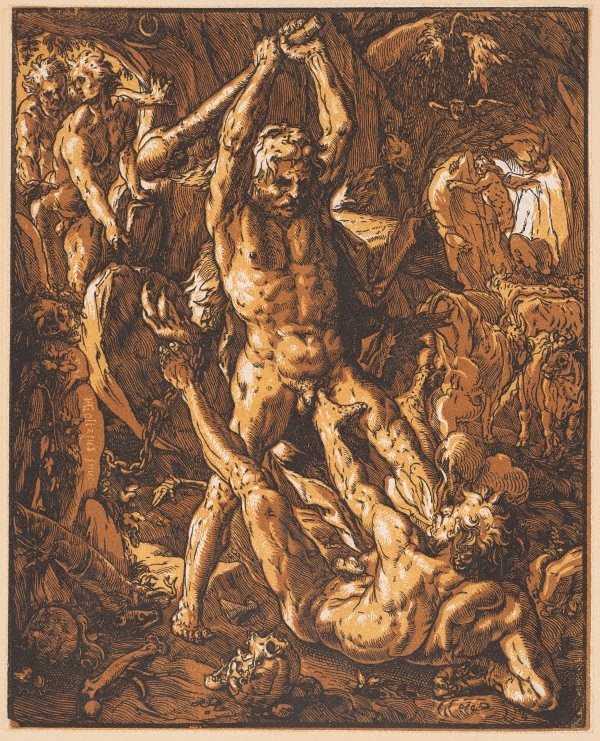 Goltzius’s only dated woodcut illustrates an episode from one of the twelve labours of Hercules: Hercules capturing the cattle of Geryon. Cacus, the son of Vulcan – god of fire, stole eight of Hercules’ cattle and hid them in his cave. He then blocked the entrance by chaining a boulder across the mouth. Hercules pursued Cacus, broke into the cave and gave battle. Goltzius shows Hercules at his moment of triumph, his club above his head, about to slay the fire-breathing thief.