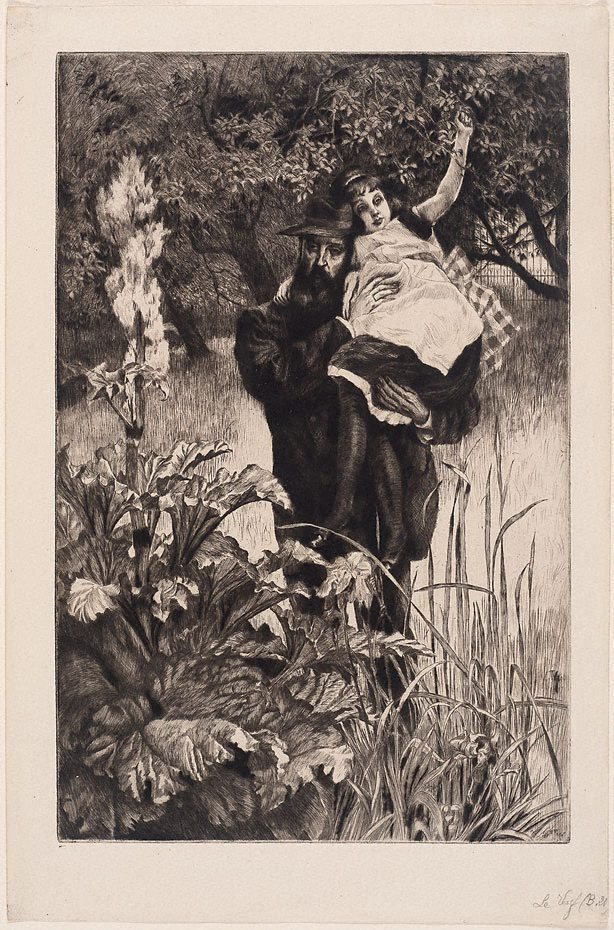 Tissot learned the rudiments of printmaking in the 1860s, greatly influenced by Whistler, whom he met in 1859, as well as Degas, Legros and Seymour Haden. Tissot's most productive period as an etcher was during his English period (1871-1882) when he was settled in London as a consequence of being branded a communard after the Franco-Prussian War. The subject-matter of Tissot's eighty-eight etchings often relates closely to that of his paintings, chronicling the elegant, leisured life of his epoch. Unlike the work of Whistler and Degas, for example, Tissot's etchings were always intended as accurate and finished transcriptions of his paintings rather than as experimental works in an alternative medium. As Michael Justin Wentworth, author of the catalogue raisonne of Tissot's prints, has written: "Tissot was conservative and always kept the finish expected at the Salon and the Academy…But in the iconography and the troubled psychology of his pictures he comes into his own". After the death of Tissot's London mistress, Mrs Newton, the artist ceased to etch and returned to France.

This etching has particular relevance to the Gallery's collection: it reproduces Tissot's painting of the same subject donated to the Gallery in 1939 by Sir Colin and Lady Anderson.