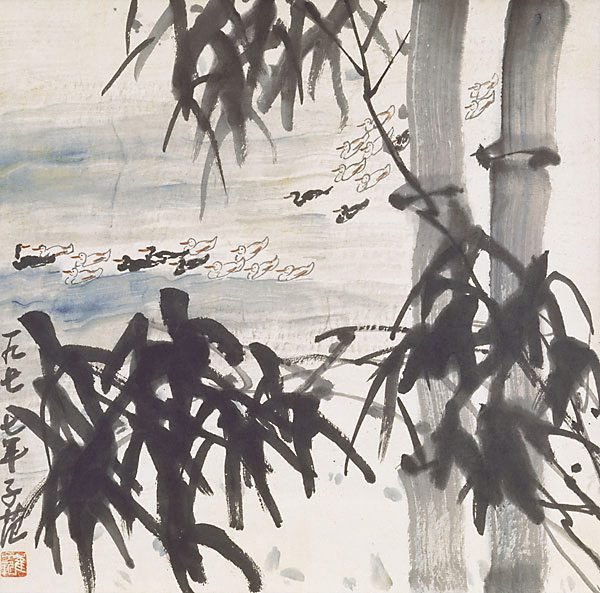 'Born in 1915 in Laiyang County, Shangdong Province, Cui began studying painting at the age of twelve, copying the styles of the great 17th individualist painter Zhu Da and the later masters Wu Changshuo and Qi Baishi. The influence of these artists is evident in Cui’s dramatic and expressive brushwork. More recently his style has been characterised by an increasing individuality in the economic use of powerful brushworks and rich colours. For many years Cui was Vice-Director of the Beijing Studio of Chinese Painting and he is currently advisor to the Beijing Society for the Study of Bird and Flower Painting. Cui’s biography includes being placed first for outstanding artwork in Beijing in 1981, and holding various one-man shows in China. In 1981 he participated in an exhibition from the Beijing Painting Academy held in Canada and an exhibition of Contemporary Chinese Painting organised by the Chinese Cultural Foundation of San Francisco in 1984.'