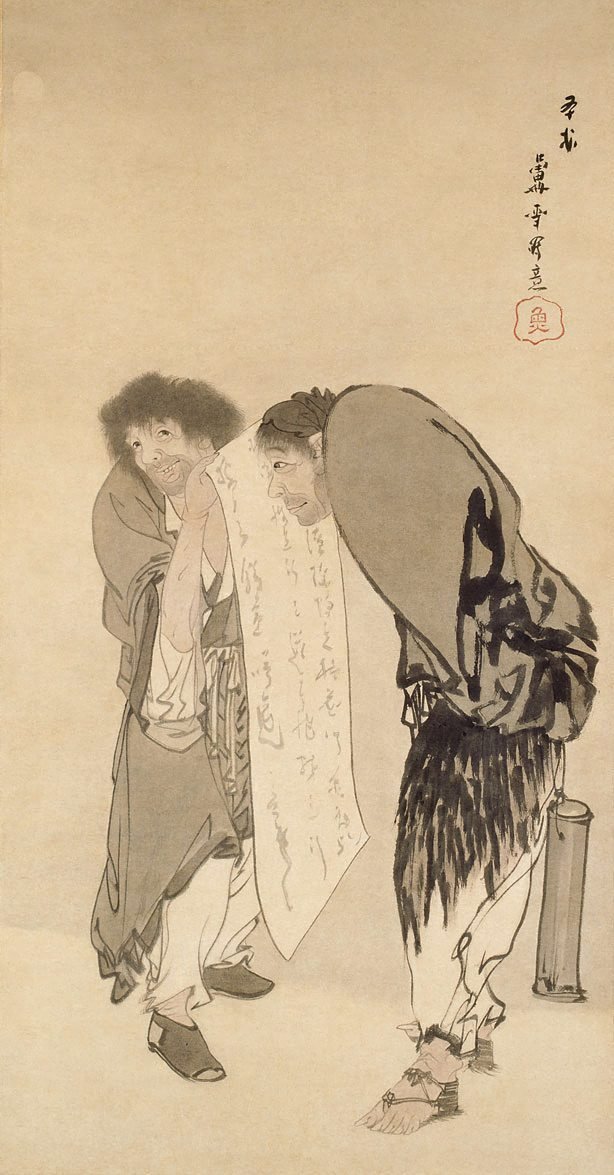 This eccentric pair were one of the most popular subjects among Zen painters. Kanzan and Jittoku were two monks who lived on Mount Tiantai in Tang dynasty China (618-906), where they were known as Han Shan and Shi De respectively. Kanzan, in the true Zen manner, was a hermit-poet who befriended Jittoku, a kitchen-hand in the nearby Guoqing temple. Jittoku would give his friend leftover food from the temple, and in return Kanzan would read his humble colleague his poems. Here Jittoku, holding a bamboo pail, scrutinises his friend's poem with studied concentration, while Kanzan's expression is one of shy anticipation. There is a rich harmony between the two: the kitchen-hand and the poet are equals. Although Rosetsu has carefully distinguished the two in his handling of the brushwork, Kanzan's sharp definitive lines contrast with Jittoku's more unruly brush strokes and washes. Born into the family of a low-ranking samurai, Rosetsu was a pupil of the great master and founder of the Maruyama school, Maruyama Ôkyo, but was expelled and became a versatile individualist. The characters Kanzan and Jittoku capture something of the artist's own spontaneous independence of spirit.