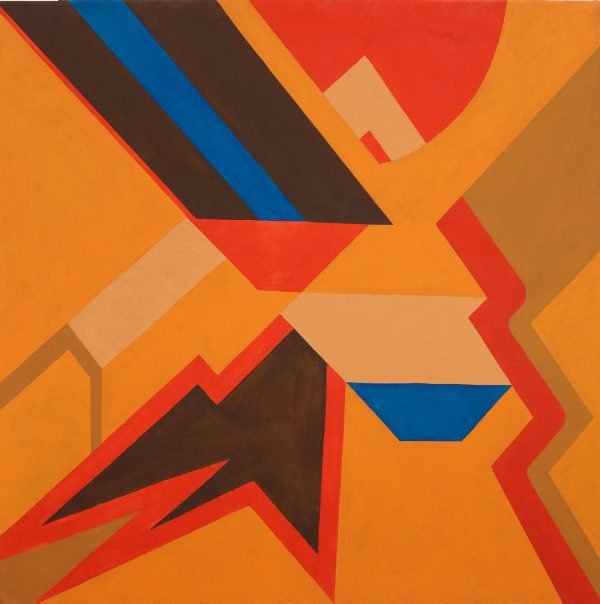 'Technicolour' 1968 is a dynamic painting executed in a hard edge style by Sydney artist Alan Oldfield. It dates from the same year that Oldfield was included in the exhibition of The Field at the National Gallery of Victoria and Art Gallery of New South Wales. The mid to late 1960s were an experimental time in Oldfield's practice when he shifted from expressionism toward the post painterly abstraction and pop art styles associated with Central Street Gallery. Oldfield did not simply imitate the work of international artists, but rather addressed the impact of this new and imported visual culture in Australian art through series of works and thematic exhibitions. He later combined hard edge with realism in figurative images that explored 'hidden psychological tensions' [1] whilst also touching upon common themes including popular culture, art history, religion and sexual politics.