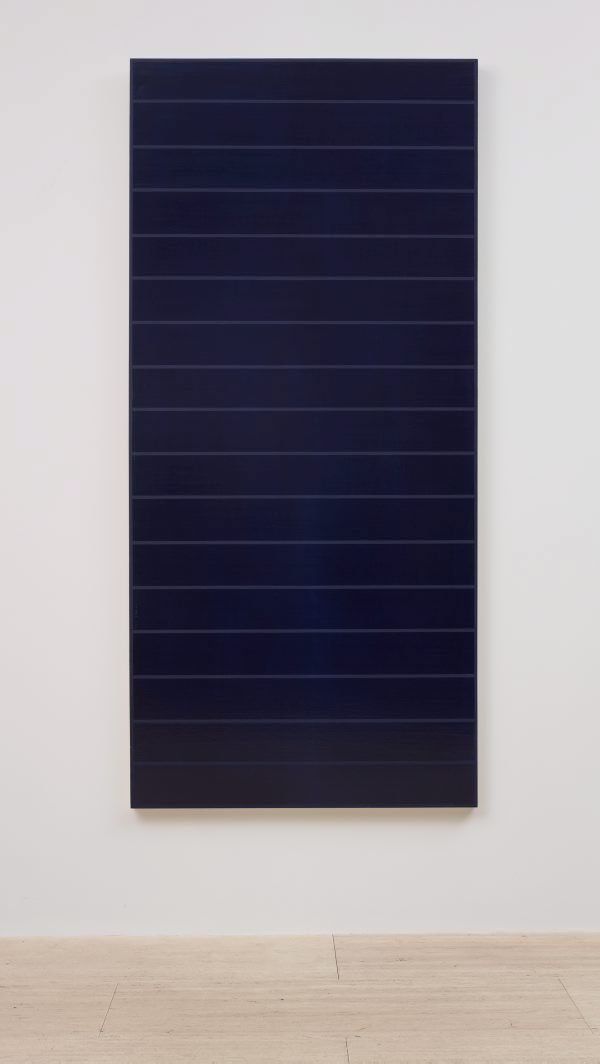 Ian Burn's investigation into the act of looking at a painting began in 1966 with his series 'Re-ordered painting', in which he stencilled numbers over areas of flat colour, suggesting an order in which to 'read' the work. Burn sought to create works that had no meaning beyond the form and colour presented to the viewer, yet his subjective view was still evident in the choice of colour, form and texture. Like Sol LeWitt, Burn alternately employed glossy and matte colours which have different optical effects and experimented with the proportions of bands of colour which became 'faster or slower' depending on their width relative to the spaces in between. These works constituted an intensive empirical experiment in optics.

Like his 'Re-ordered paintings', the blank horizontal spacing in 'Blue premiss no. 1' suggests an order in which to read the work. This painting is part of a greater series of experiments in these ideas, with other works such as 'Blue premiss no. 2' and 'Blue variable No. 1' also investigating ideas of order within monochrome paintings.

Burn's notes from New York circa 1967 'Blue premiss no. 1' in relation to others from the same period as: "a series of paintings - all monochromes - gloss and mat [sic] surface - so using light to break up the surface, regardless of the colour. Reflections allow more and more chance, and less structure."