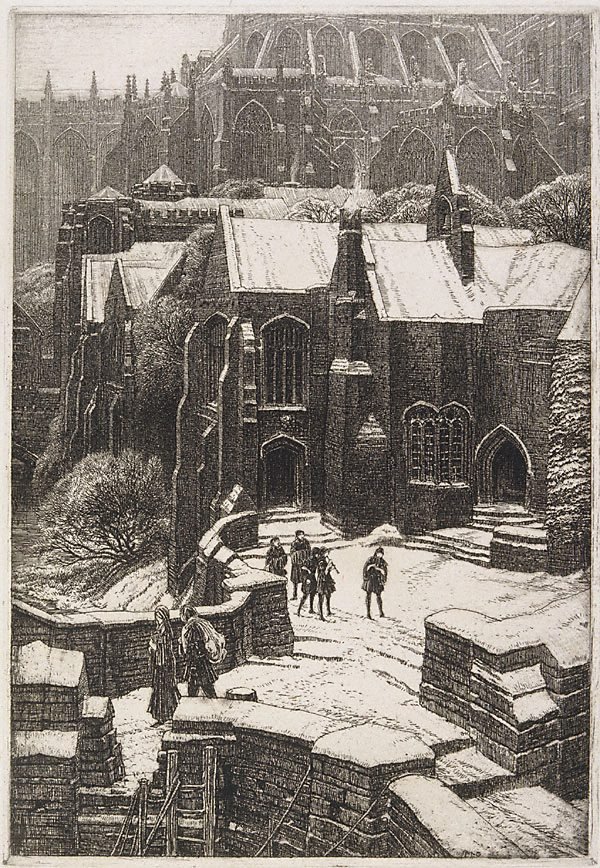 Frederick Landseer Griggs is regarded as one of the most technically accomplished etchers of the 20th century. 'The Almonry' is considered the greatest of his small output of 57 plates.

Griggs worked on the copper plate of 'The Almonry' for many months before it was ready to print, resulting in his most elaborate composition. The aerial perspective - the illusion of a wintry atmosphere, through which we can see the pinnacles and buttresses of the church in the distance - is a marvel of technical achievement. This scene of Gothic buildings, peopled with waifs and poor travellers, under freshly fallen snow, is Griggs' most magical evocation of Medieval England.