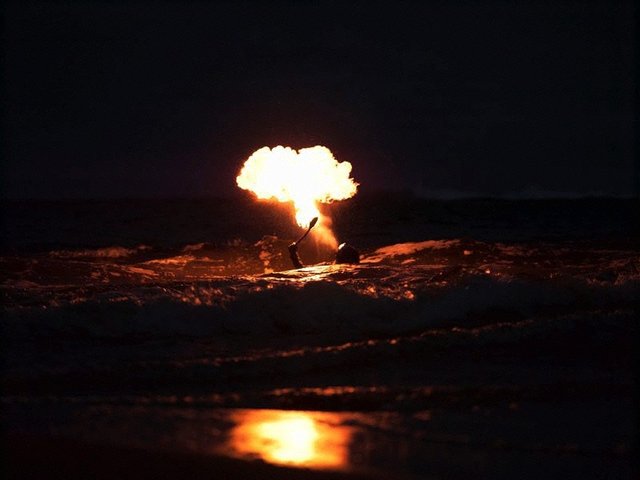 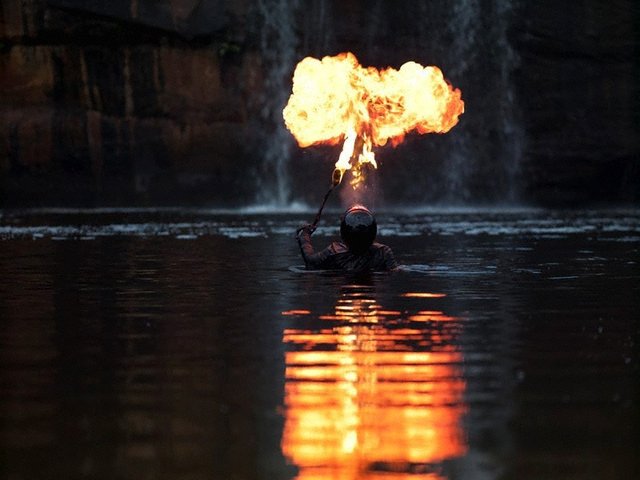 Maximus swept out to sea (Wattamolla)

Shaun Gladwell's video work 'Maximus swept out to sea (Wattamolla)' represents the artist's ongoing engagement with art history, popular culture, national identity and Australian landscape mythology. It witnesses the return of the fictional character Maximus; the artist's biker persona equal parts homage to the Mad Max films of the 1980s, and Sidney Nolan's 'Ned Kelly' series 1946-47. Its mystifying narrative has continuity with that of earlier work 'Approach to Mundi Mundi' 2007, in which Maximus patrolled the outback on his motorcycle performing symbolic acts upon the land.

In 'Maximus swept out to sea (Wattamolla)' our protagonist treads water in a lagoon, brandishing a burning branch for a torch. A superimposed waterfall fades in and then out to the ocean, as the artist's slow-motion camerawork captures the endurance of the body countered by Aristolean elements of fire, earth, air and water. Maximus' journey from desert to coast is analogous with the formation of a national consciousness as well as an antipodean reimagining of the lovelorn captain cursed to roam the seas in Wagner's opera The Flying Dutchman (1841).