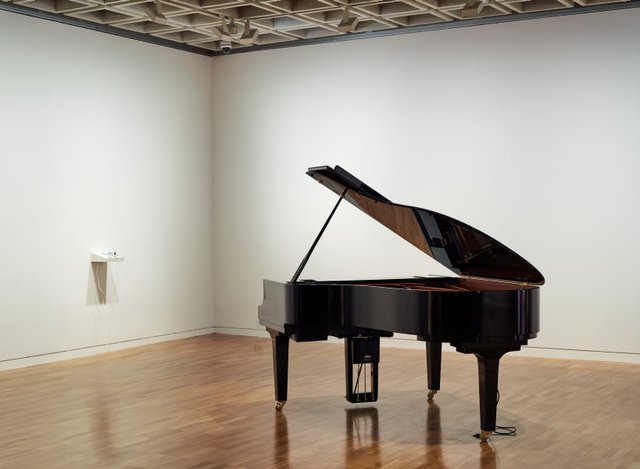 "'Earth-Moon-Earth' (E.M.E ) is a form of radio transmission whereby messages are sent in Morse code from earth, reflected from the surface of the moon, and then received back on earth. The moon reflects only part of the information back – some is absorbed in its shadows, ‘lost’ in its craters.

For this work, Beethoven's 'Moonlight Sonata' has been translated into Morse code and sent to the moon via E.M.E.

Returning to earth 'fragmented' by the moon's surface, it has been re-translated into a new score, the gaps and absences becoming intervals and rests. In the exhibition space the new 'moon–altered' score plays on a self-playing grand piano."