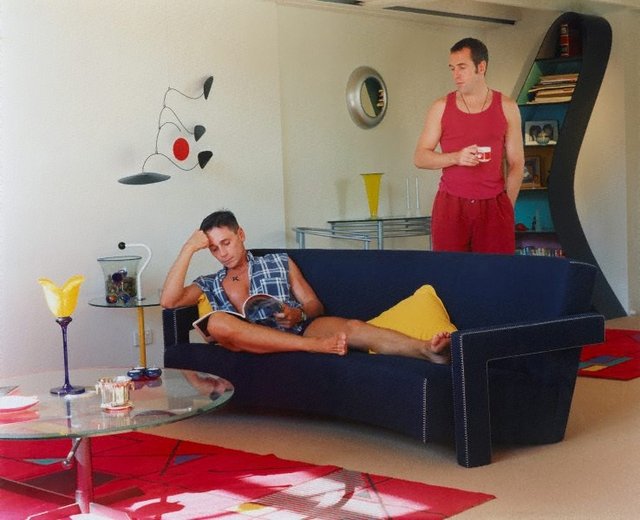 As part of a generation of Australian women artists who came to the fore in the early 1980s, Anne Zahalka’s practice has always been concerned with questioning dominant myths and cultural constructs. The broad sweep of Zahalka’s oeuvre has often been underpinned by a common strategy: the world in her images appears as theatre where place, gender and national identity are questioned.

The ten tableaus that form the 1995 series 'Open House' combine portraiture and genre scenes, placing the subjects in environments that they actually do inhabit. The titles, such as 'Saturday 5:18 pm', seem to hint at a moment of great significance, yet the situations and the relationships appear utterly ordinary. The highly detailed interiors resemble evenly illuminated sets (Zahalka also presented this series in the form of lightboxes). It is 'what the photograph reveals as evidence' that the artist finds compelling here.1 The people inhabiting these environments seem to increasingly resemble the objects that surround them.