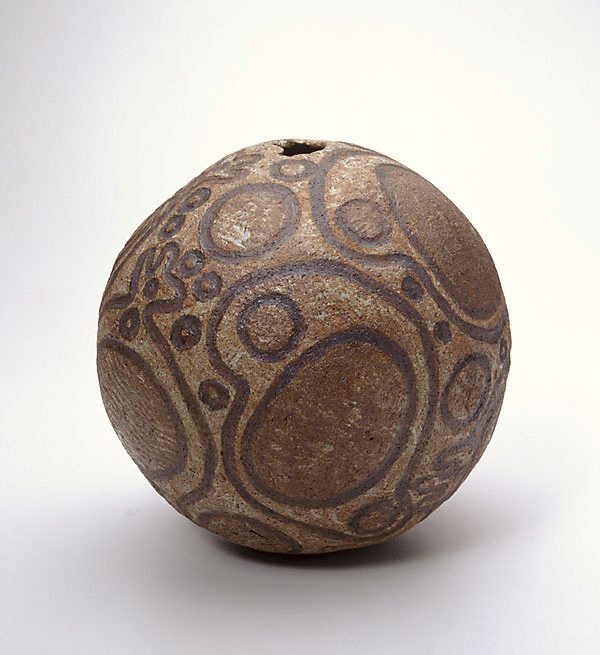 Other titles:
Mosquito corroboree, two by two
Location
Not on display
Further information

Thancoupie is the most prominent Aboriginal potter and in 2001 a retrospective exhibition was held at the Brisbane City Gallery which also toured to Cairns. Her first solo exhibition was in 1972 and therefore her professional career has extended for almost 30 years. Born in Naperanum (Weipa), Thancoupie trained at East Sydney Technical College. She returned to north Queensland after completing her studies and having a number of successful exhibitions in Sydney.

Thancoupie's spherical pots explore the theme of the meaning of life through the use of the circle. The design on this pot depicts the Nguul (Mosquito) Corroboree. Like Noah's Ark, the animals attended the ceremony two by two and this pot depicts several pairs of animals.