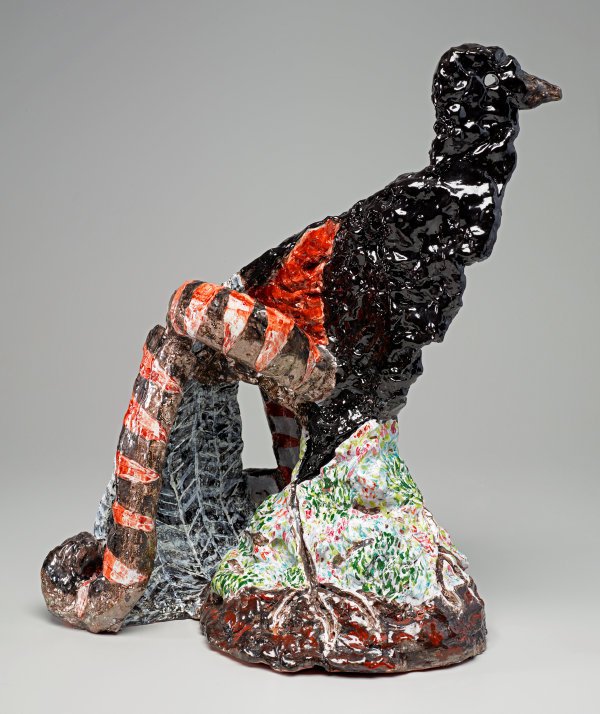 Trained in Brisbane and Sydney, Peter Cooley became widely known as a painter in the 1980s but over the past two decades has concentrated on the medium of ceramics. Based in the Blue Mountains, Cooley's work cuts across painting, ceramics and installation. His work has maintained a childlike exuberance that refuses to let the technical aspects of ceramics production overtake his jubilant approach to subject matter – native animals, screeching and preening birds and bush landscapes.

Cooley veers close to kitsch but in a very knowing way. Ceramics is the perfect foil for this as it can often veer towards the kitsch and decorative. Instead of denying these attributes Cooley celebrates them to create unique works of totemic originality, including Lyrebird 1, which is part of an ongoing series of lyrebird and other bird ceramic sculptures, including rosellas native to south-eastern Australia.