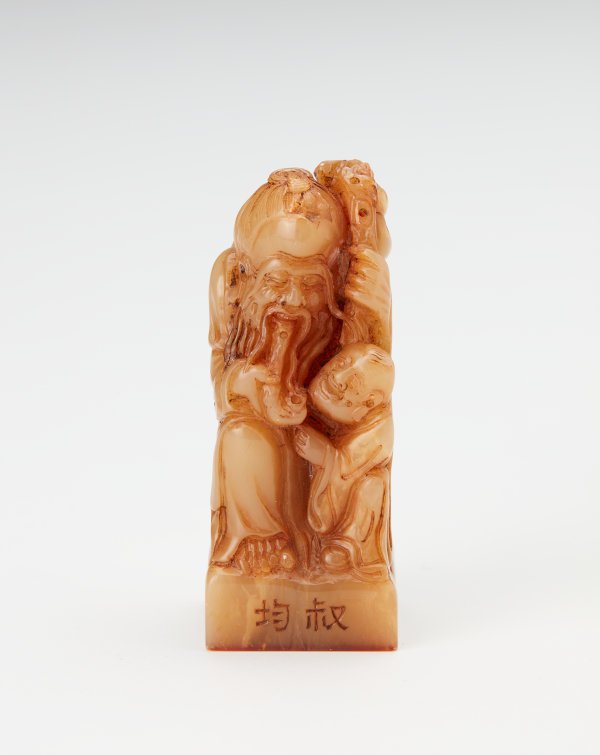 The phrase composed of the four characters “song bo hou shen" can be found in the historical record of Northern History. A kind person of the Sui dynasty named Li Shiqian 李士謙 tried to explain to people kama in Buddhasim, and one person asked
"豈有松柏後身, 化為樗櫟" (would you say the when pines die, they become Chu or Li trees). Chu or Li trees are considered to be not useful timbers even though they are quite large. The phrase Chuli can be also used to refer people who do not haveno skills, and sometimes modest scholars call themselves Chuli.

Shu Jun is the alias of Qing dyansty seal carver Weng Danian, 翁大年(1811-1890), native of Wujiang of Jiangsu, whose style is after Qin and Han dyansty script, and often applies regular script to side inscription.