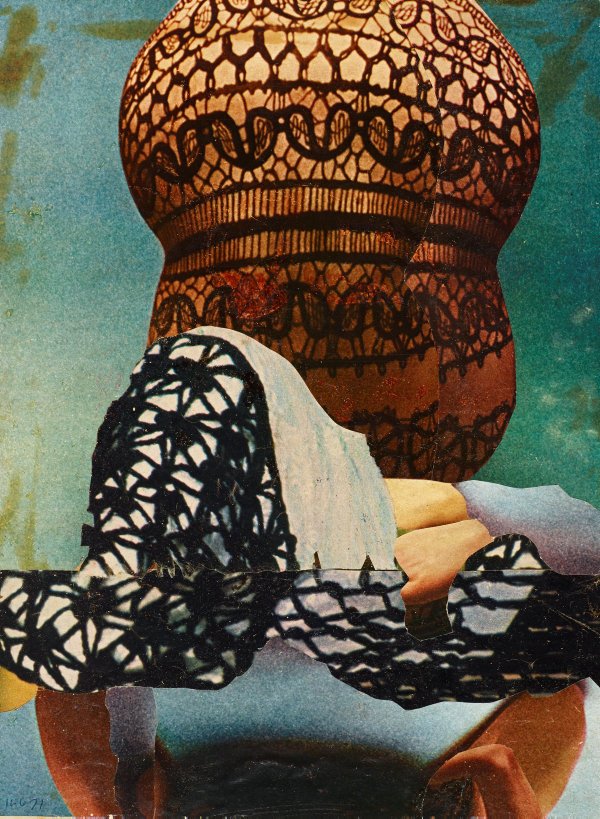 Carl Plate was born in Perth and studied at the National Art School, Sydney 1930-35 and in London at the St Martins and Central Schools between 1935-40. His career had an international outlook – while he was based in Sydney for most of his life, he travelled extensively, spending extended periods in Europe (particularly London and Paris), and visited the USA and Mexico.

He was a foundation member of the Contemporary Art Society and operated the best art and design gallery/bookshop in Sydney of the post-war period (Notanda Gallery, established by his sister Margo Lewers in Rowe St in the city). There he dealt in prints and drawings as well as books and reproductions, and was a keen proponent of modernism – the inaugural exhibition at Notanda in 1940 was of modern British painting. However his primary interest remained in making art - including painting, drawing, collage and printmaking - and he worked assiduously up to his death in 1977.

Plate was commited to abstraction that avoided comparisons with identifiable subject matter or analytic interpretation. His work shows a remarkable affinity for harmonious form and composition, and particularly, lyrical colour. The works on paper, especially collage, informed his paintings, and were integral to his creative process.

Carl Plate produced an extraordinary and sustained oeuvre of works on paper – gouaches, collages, drawings and prints – which are among the best of his work. His ongoing commitment to collage ran parallel with his better-known painting practice, and from 1938 to 1976 he produced some 300 of them. They were often experimental and intuitive and were strongly founded in his interest in nature, landscape and organic forms.