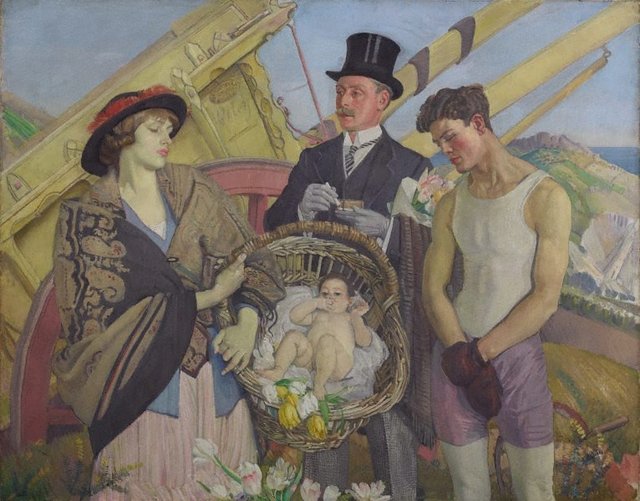 … Mr Lambert stated that a slight allegory might be suggested by the composition of his work, as it represented motherhood and the future generations, the fighting forces of the world and the administrative qualities, without which the world (the red cart wheel) would not go round smoothly.

By creating a portrait of ordinary people - a flower-seller, a clerk and a boxer - George W Lambert sought to parody the convention of only those with wealth or social status having their portraits painted. He questioned social values by mixing people of different social classes.

While Lambert's approach was formalist, emphasising design and composition, his subject reflected various interests of the day as well as his acquaintance with Irish playwright George Bernard Shaw, whom Lambert particularly admired for his ridicule of social snobbery.