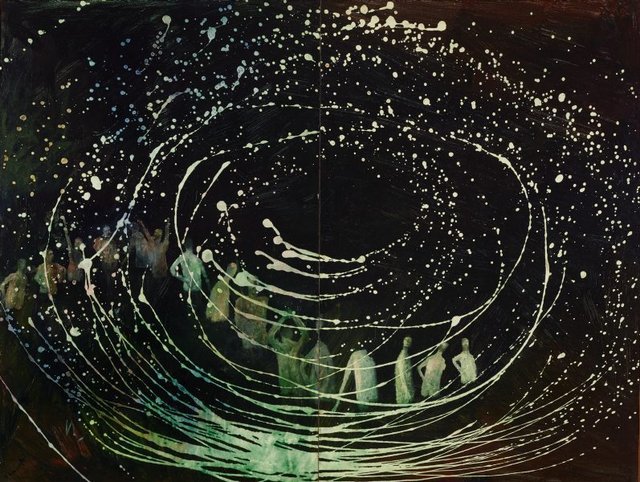 In 1956, Sidney Nolan travelled to the Dardanelles in Turkey, a place synonymous with the Trojan War and Anzac folklore. Nolan was inspired by his reading of Homer's verse The Illiad and Alan Moorehead's 1955 article 'Return to a legend', which likened the siege of Troy to the Gallipoli landings. These experiences and influences culminated in Nolan's epic 'Gallipoli' series. 'The galaxy' 1957–58 depicts a ghostly march of figures emerging from a vortex of swirling and speckled green paint; an allegorical time warp in which the memories of war and the soldiers who lost their lives reverberate from the past into the present. The imagery expresses the fear of nuclear threat after World War II, recalling the particles of an atom bomb as well as the deep recesses and existential nothingness of space.