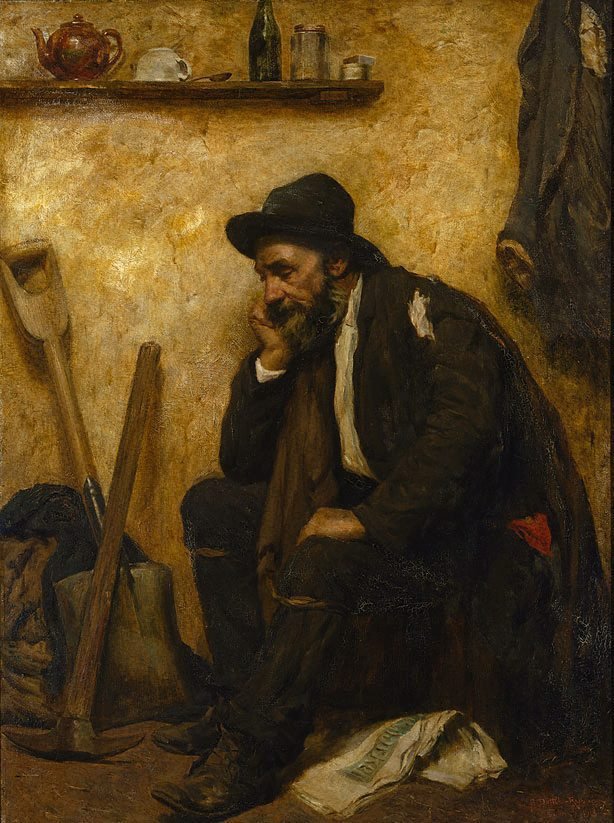 The British National Coal Strike of 1912, in which coal miners fought to obtain a minimum wage, inspired similar campaigns across Australia and New Zealand. Social realist painter Antonio Dattilo-Rubbo drew on these turbulent times in this portrayal of a dispirited miner, seated with the Labor Party newspaper, The Worker, at his feet, his unused pick and shovel leaning against the bare wall.

Undoubtedly one of the most innovative and charismatic teachers in Sydney during the first decades of the 20th century, Dattilo-Rubbo is recognised for his leading role in the development of modernism in Australia.