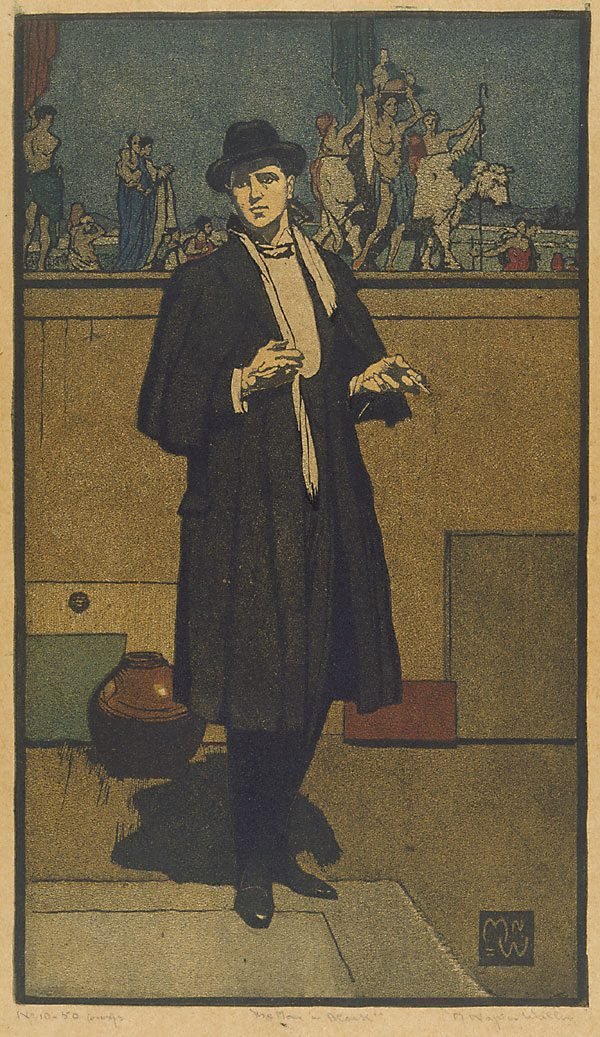 The man in black

Mervyn Napier Waller was born at Penshurst, in rural Victoria. He studied drawing under Frederick McCubbin and painting under Bernard Hall at the National Gallery School, Melbourne. In August 1915 he enlisted in the army. The following year he married artist Christian Yandell (Waller), and by the end of the year was engaged in active combat in France. He was badly injured in 1917, necessitating the amputation of his right arm; he had to learn to use his left hand for writing and drawing while convalescing in France and England; it is possible that he learnt linocutting at the same time. He returned to Australia in November 1917 and exhibited works he made while in service, both before and after his accident.

It was in 1923 that he first exhibited linocuts which he began making after his return to Australia, most of them completed before 1930; he was one of the first Australian artists to make and exhibit them. 'The man in black' is a self portrait (showing both arms intact); Waller is standing in front of the mural he made for the Melbourne Public Library (completed in 1928).