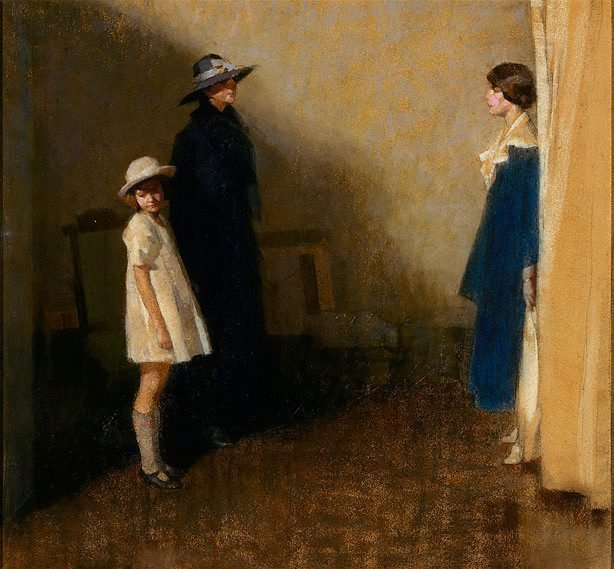 Florence Rodway is best known for her portraits, including of notable figures in Australian history such as Dame Nellie Melba and Henry Lawson. This pastel work presents an intriguing domestic drama of unknown figures. The triangular composition, dramatic lighting and limited colour palette places the viewer’s attention on the three female figures in the sparsely furnished room. The title suggests the subject is the mother being interviewed for a domestic position by the woman on the right, whose status as the mistress of the house is indicated by her positioning close to the curtains and her lack of coat and hat. The child’s position at front and her white dress contrasts against her mother’s dark coat and background of the room, perhaps indicating she is the reason the mother is seeking employment. The dramatic lighting also serves to differentiate between the wealthy woman on the right and the figures on the left. The mother’s dark coat and the darkened room behind her contrast with the well-lit woman on the right with her shining gold bracelet.