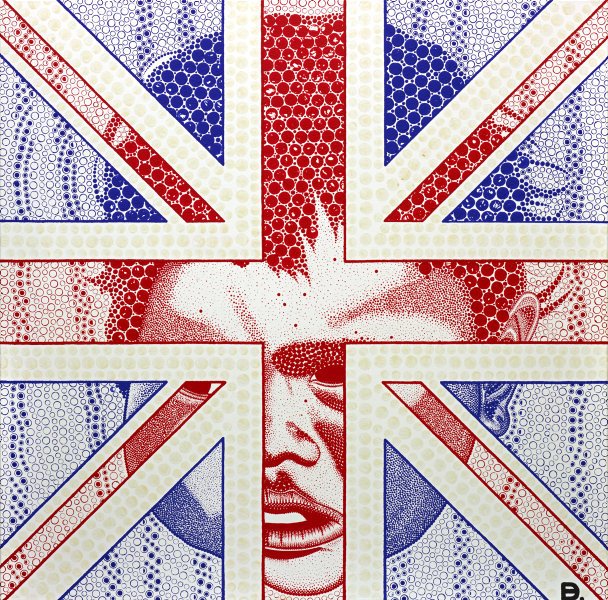 “The 1967 'YES' campaign spearheaded by Faith Bandler was arguably the most significant vote in the course of Parliamentary history.

I've referenced the baby's face used in the second round of promotion of the YES campaign. In this piece, I've chosen to montage the face within the Union Jack to represent ownership. Distinguishable in the background are stylised prison bars. The piece has been executed in 'dot' form designed to easily identify the baby as being Aboriginal and also as a homage to my famed countryman Robert Campbell Junior.” Blak Douglas 2018

The 1967 referendum (Constitution Alteration (Aboriginals) 1967) gave the Commonwealth Parliament power to make laws with respect to Aboriginal people across Australia. It also made it possible to include Aboriginal people in national censuses. The amendment deleted part of section 51 of the Constitution and repealed section 127.