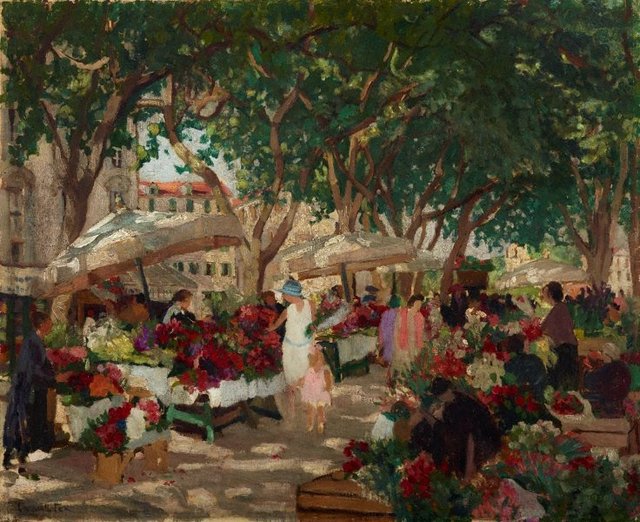 After Fox’s death in 1915, Carrick lived mostly abroad, travelling in Europe, painting in Majorca, Egypt, Morocco, Tunisia and India, and in the 1930s living in Kashmir. Her paintings commonly displayed an interest in figures, objects and her surrounding environment, rendered as patterns of colour and light, as shown in this painting, 'Flower market, Nice'.