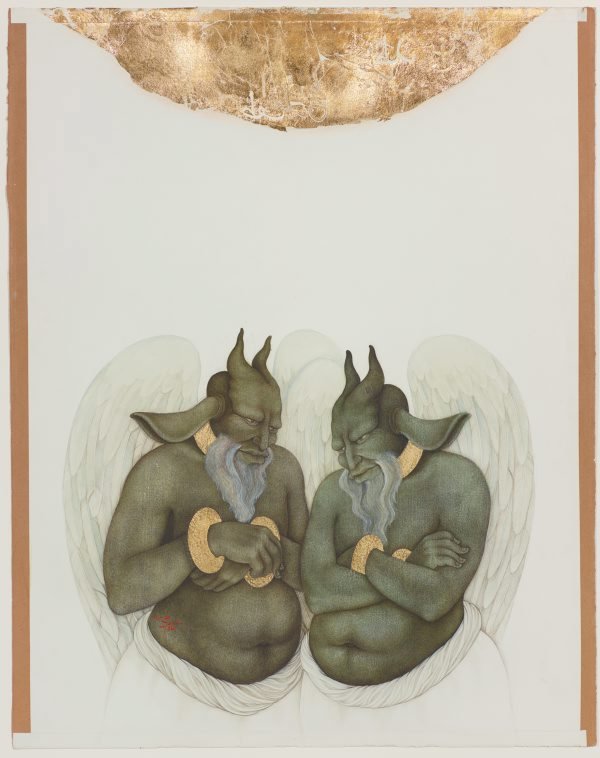 Untitled, from the series The haunted lotus

Khadim Ali reinterprets the ancient Persian poem Shahnameh c977-1010, also known as the Book of Kings, from the perspective of troubled present day Afghanistan and Pakistan. The Shahnameh was recited to the young artist by his grandfather, which has since been appropriated by Taliban fighters to promote and justify their jihad. Ali once related to its protagonist, the warrior Rustum, who tragically kills and is killed by his jealous half-brother Shaghad. However, through personal experiences shaped by civil war, he now also identifies with the Shahnameh's antagonist demons.

Depicted in a detailed drawing are two demon characters, portrayed as tubby half human / half animal figures with wings, horns, a beard and goat ears. Their anthropomorphic features and double representation are emblematic of a moral inversion between good and evil, in an imperfect world where heroes fail and villains succeed. Ali's painstaking style is indebted to the influence of Indian Mughal illustrations, as well as his training in Persian miniature painting.