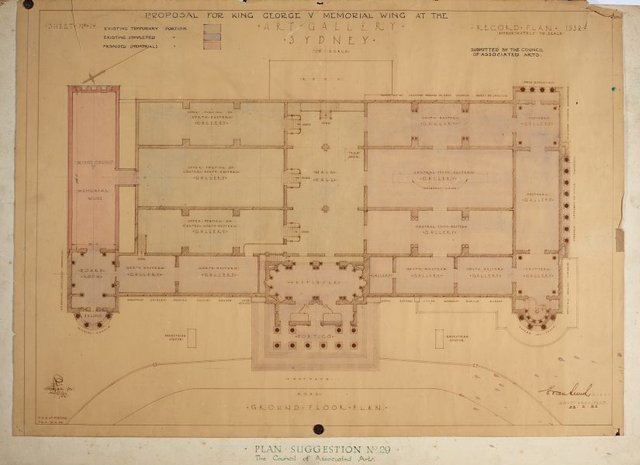 Architect Edwin Evan Smith was born in Montrose, Scotland, and migrated to Queensland, Australia, in 1889. In 1923 he was appointed State Government Architect for Victoria, and in 1929 State Government Architect for New South Wales. In the wake of the Great Depression in Sydney, it was suggested that a suitable public work would be the completion of a wing of the National Art Gallery of New South Wales facing the harbour, named in honour of George V. Since 1909 a simple brick building, derided as 'the art barn', had stood behind Vernon's grand neo-classical facade.This plan shows Smith's design for the wing, which was never built. Smith's daughter Treania became a founder of the Macquarie Galleries in Sydney.