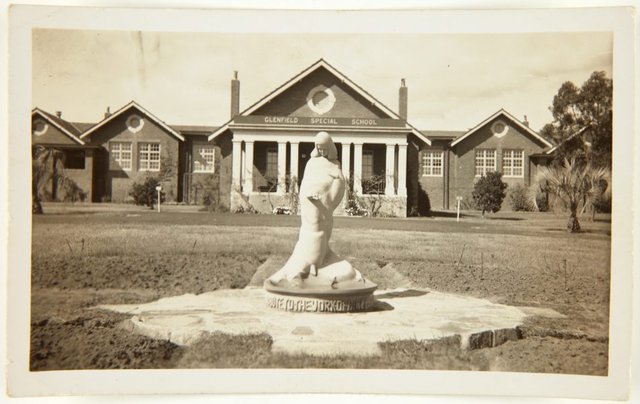 Image of the 'Stargold birdbath' 1940 by Eleonore Lange in the grounds of the Special School, Glenfield