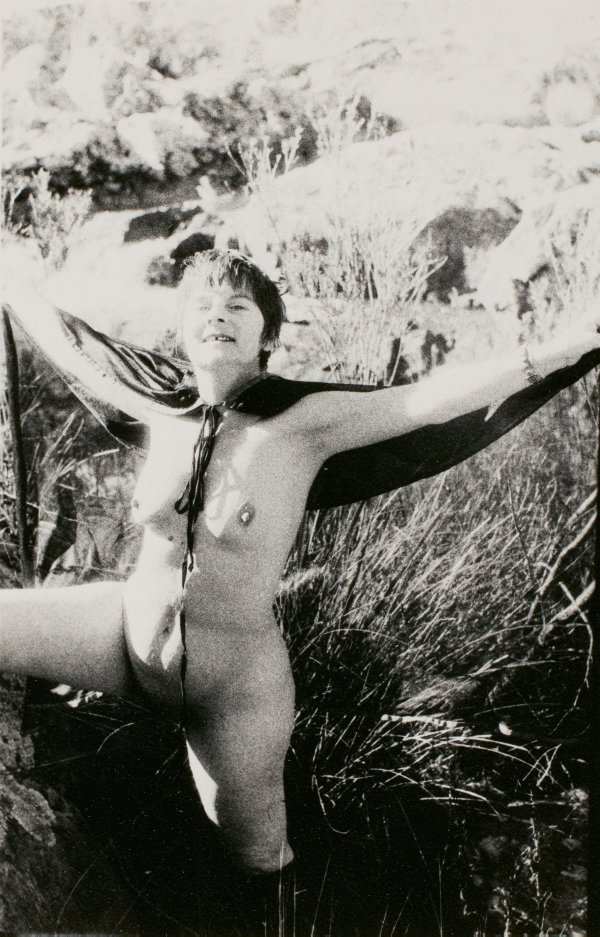 Pat Larter’s 1975 performance ‘Nova Pomerania’ was originally filmed on colour Super8, without sound. It was made part of a 13-minute ‘news’ film by Pat and Dick Larter entitled ‘Eye to Eye Still Life with View’, which included ‘Nova Pomerania’, ‘When no One’, Thicko Thicko’ and ‘O. S. Lady’. This film compilation was shown in a retrospective of Pat and Dick Larter videotapes and films at the Sculpture Centre, Sydney, as part of the 1979 Biennale Alternatives.