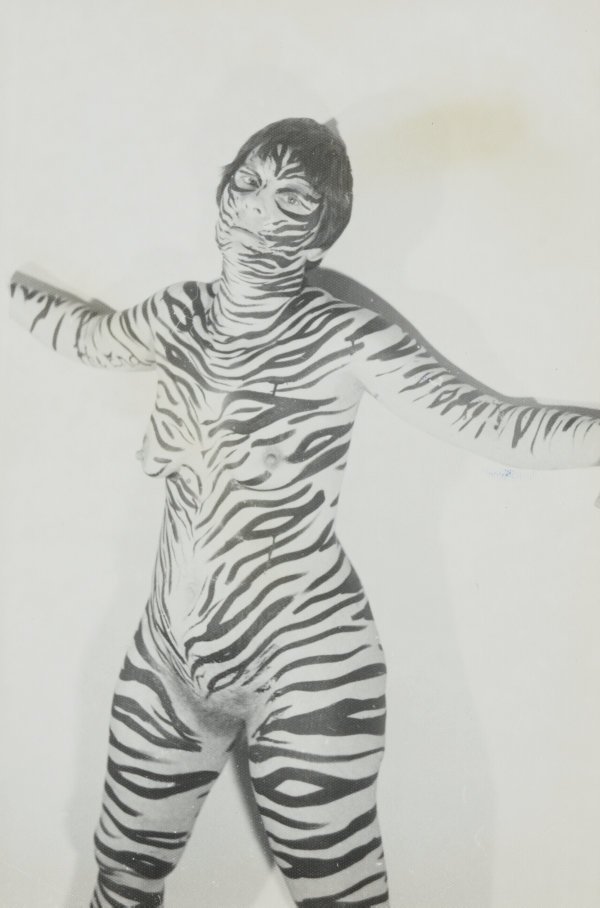 Silvia Jansons painted Pat Larter’s body in two separate sessions during 1978. These two performances are known as ‘Silvia paints Pat #1’ and ‘Silvia paints Pat #2 (again!)’. Both sessions were originally filmed on Super8 film, without sound. The first body painting performance was done on 2 September. At the start of it, Pat Larter held up a story board with the inscription: ‘Pat and Richard Larter with Silvia Jansons/Armidale 1978’. Pat Larter’s body was painted with two different designs at this time. The first design included a web collar around her neck. It left large parts of her body, including her breasts, unpainted. The second striped design suggested the fur of wild animals, such as zebras, hyenas and leopards. Both films were shown in a retrospective of Pat and Dick Larter videotapes and films at the Sculpture Centre, Sydney, as part of the 1979 Biennale Alternatives.