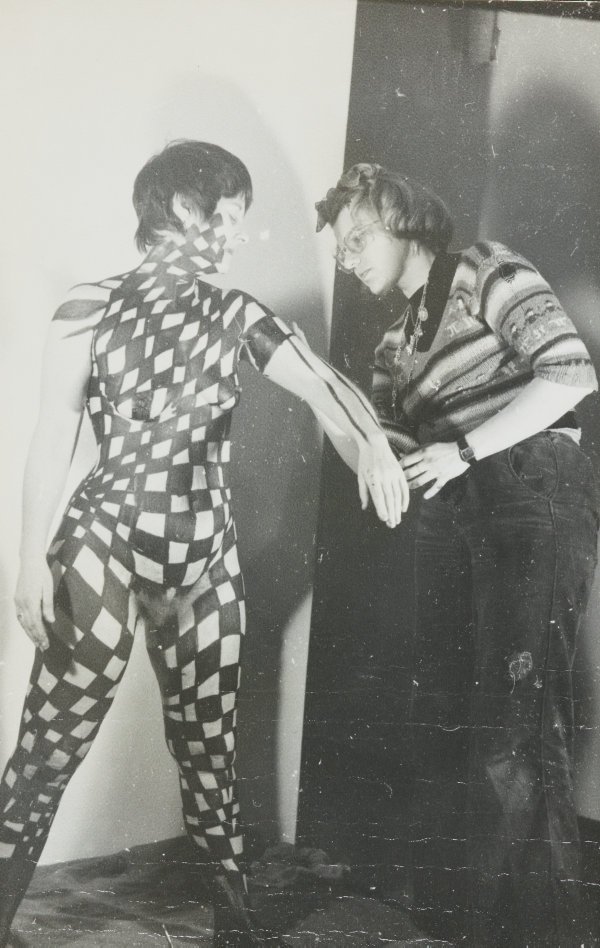 Silvia Jansons painted Pat Larter’s body in two separate sessions during 1978. These two performances are known as ‘Silvia paints Pat #1’ and ‘Silvia paints Pat #2 (again!)’. Both sessions were originally filmed on Super8 film, without sound. The first body painting performance was done on 2 September. At the start of it, Pat Larter held up a story board with the inscription: ‘Pat and Richard Larter with Silvia Jansons/Armidale 1978’. Pat Larter’s body was painted with two different designs during ‘Silvia paints Pat #1’ and ‘Silvia paints Pat #2’. The first design in this second performance was based on a web with an open mouth in the middle of Pat’s body. The second design was chequered. Both films were shown in a retrospective of Pat and Dick Larter videotapes and films at the Sculpture Centre, Sydney, as part of the 1979 Biennale Alternatives.