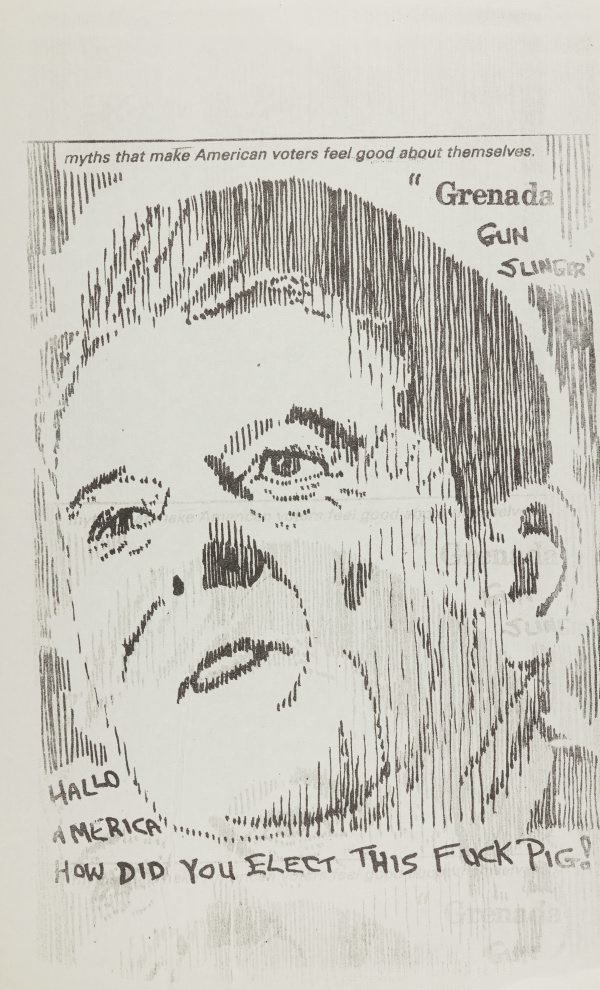 Myths that make American voters feel good about themselves

Pat and Richard Larter made a large number of xerox mail artworks during the 1970s and 1980s. These often incorporated drawings or details from paintings by Richard Larter, assembled into a collage with photographs from Pat Larter performances. The original collage was copied on a xerox copier and the copies were then posted to Pat Larter's large network of international mail artists.