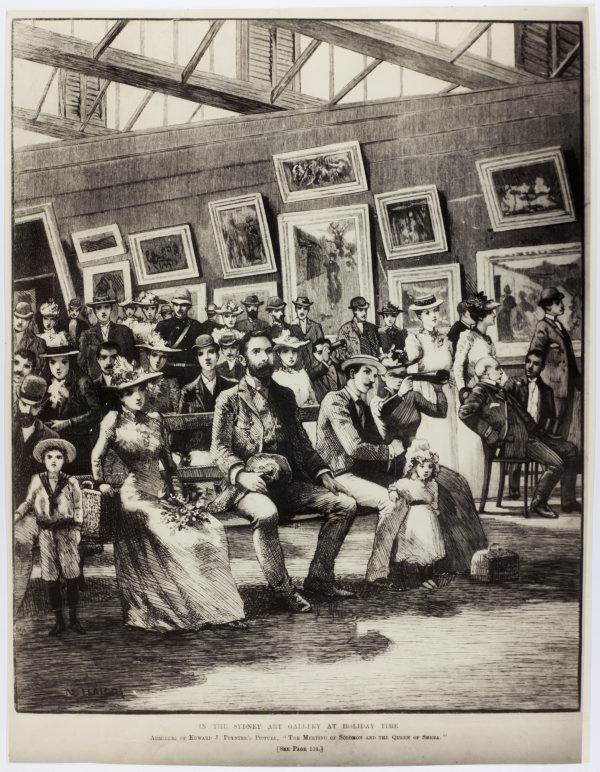 The Art Gallery moved to its current site in the outer Domain in 1885. Architect J. Horbury Hunt designed the original building, which was nothing more than a series of thick walls that were designed to be the foundations for a major building when funds became available. Hunt’s building, derided by some as “the art barn”, had a sawtooth roof reminiscent of a factory, which is visible in this image. The building was opened by the Governor, Lord Carrington, on 23 December 1885. This is a photograph of the wood engraving on the cover of the ‘Illustrated Supplement to the Sydney Mail’ for 23 December 1885. It shows visitors to the Gallery attending a lecture on ‘The meeting of Solomon and the Queen of Sheba’ by Edward Poynter, a key work in the Art Gallery’s collection. The paintings on the wall show that this lecture was held in the gallery dedicated to British and foreign oils.