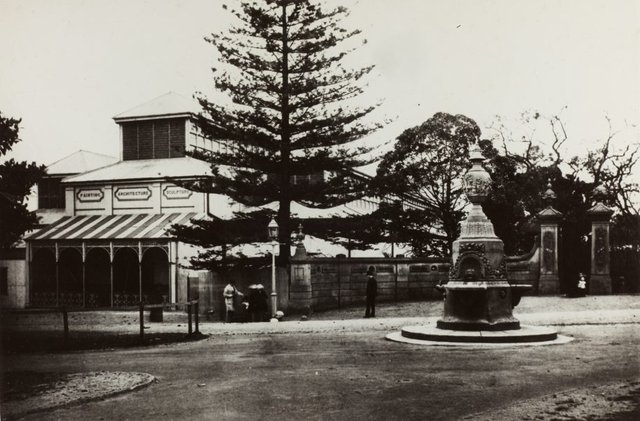 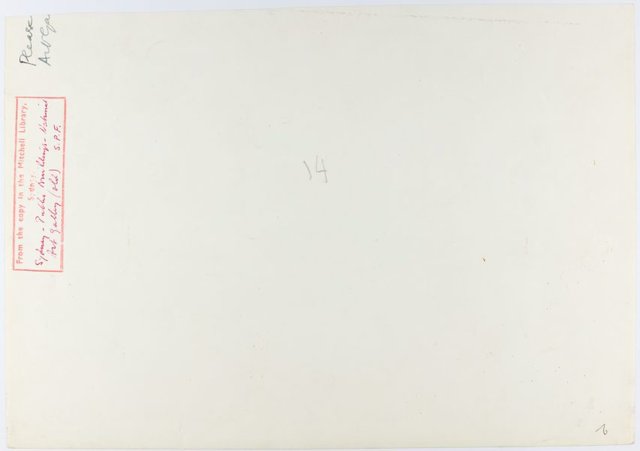 The Gallery’s first dedicated building was erected in the Domain in 1879 as a ‘Fine Arts Annexe’ to the Sydney International Exhibition of that year. It was designed by William Wardell, built of timber and about 4000 square metres in size. It contained nine galleries and a corridor. During the International exhibition only part of the Gallery’s collection was exhibited in this building, with galleries also given over to temporary exhibits from Austria, Germany, Great Britain, France and Belgium. When the International exhibition closed, the trustees were successful in having this building entirely dedicated as the “Art Gallery of New South Wales”, despite the efforts of government architect James Barnet to have the annexe demolished and the collection of the Art Gallery of New South Wales housed in the Garden Palace. The Governor Lord Loftus officially dedicated the building as the “Art Gallery of New South Wales” on 20 September 1880. This photograph of the façade of the gallery shows how the building was just within the walls of the inner Domain, now the Botanic Gardens.