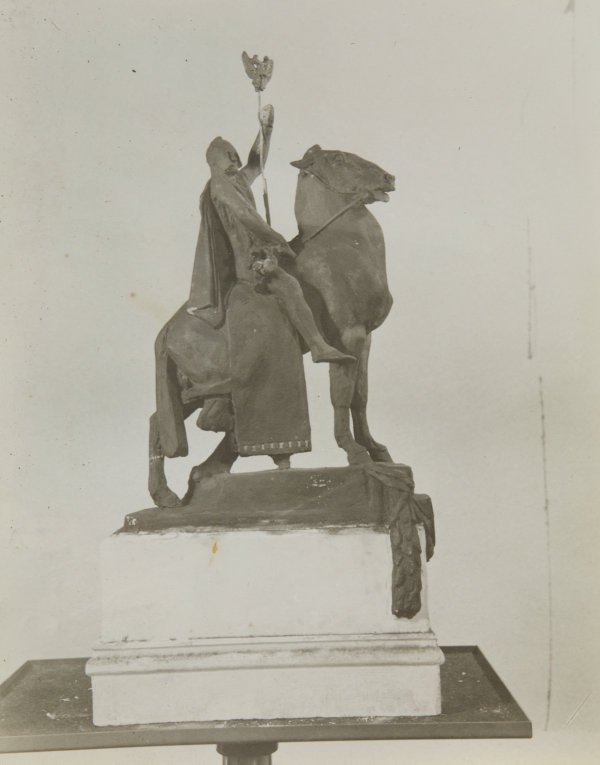 Gilbert Bayes was commissioned to make two equestrian bronzes for the National Art Gallery of New South Wales in 1916, 'The Offerings of Peace' and 'The Offerings of War'. His sent these small bronzed plaster casts from his studio in London to the trustees in Sydney to give them an idea of what the final works would look like. The casts were later returned to him in London and no longer survive.