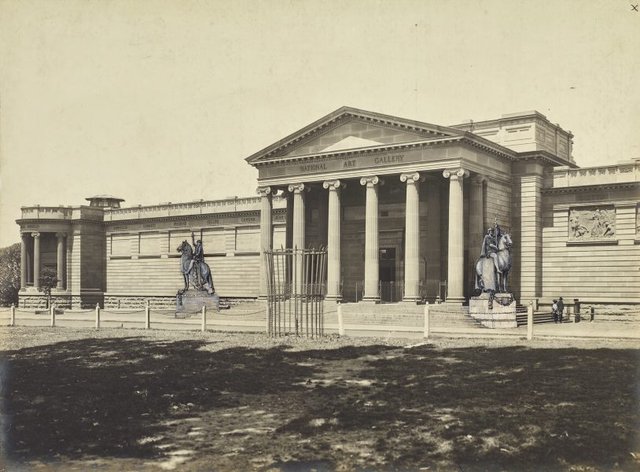 This photograph shows the original intended positions for ‘The offerings of Peace’ and ‘The offerings of War’ by Gilbert Bayes. They were intended to be on an angle on raised sandstone plinths at either side of the steps leading to the Gallery’s portico. After deliberation, this was abandoned and the statues were placed on the lawn in the middle of the southern and northern wings of the façade.