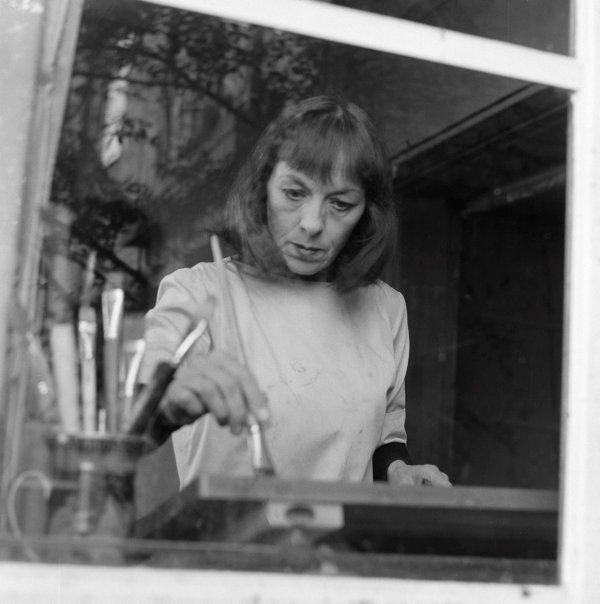 Rosaleen Norton painting in her sister's flat at Kirribilli, Sydney