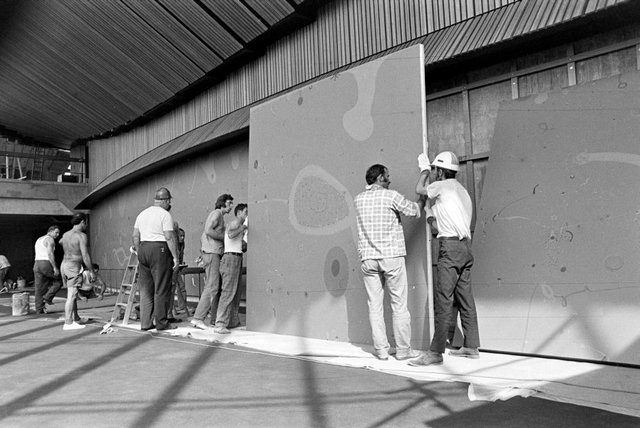 John Olsen’s mural panels for 'Salute to Five Bells' being lifted into position in the northern foyer of the main concert hall, Sydney Opera House

This photograph is from a series of images of John Olsen working onthe Sydney Opera House mural, 'Salute to Five Bells', that Robert Walker took for a book about the mural published in 1973