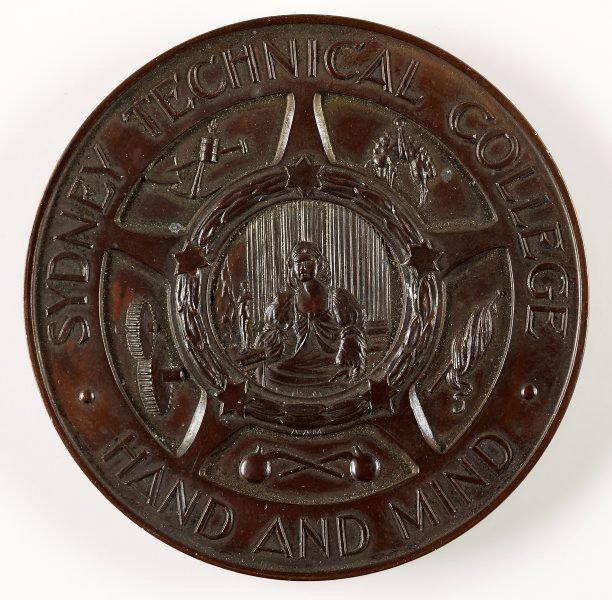 Barbara Tribe entered the three-year diploma course at East Sydney Technical College in 1930. In 1932, aged nineteen, she won the competition to design the AIF float for the celebrations for the opening of the Sydney Harbour Bridge. This was the year in which she was awarded this medal, the highest award for sculpture given by East Sydney Technical College. After completing her diploma course in 1932 she was employed by Hoff as an assistant to work on the Anzac Memorial.