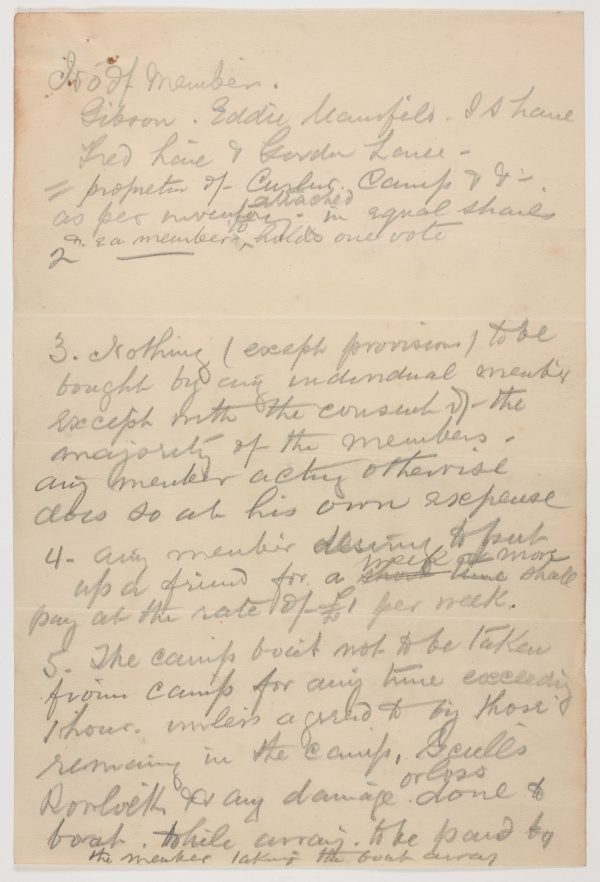 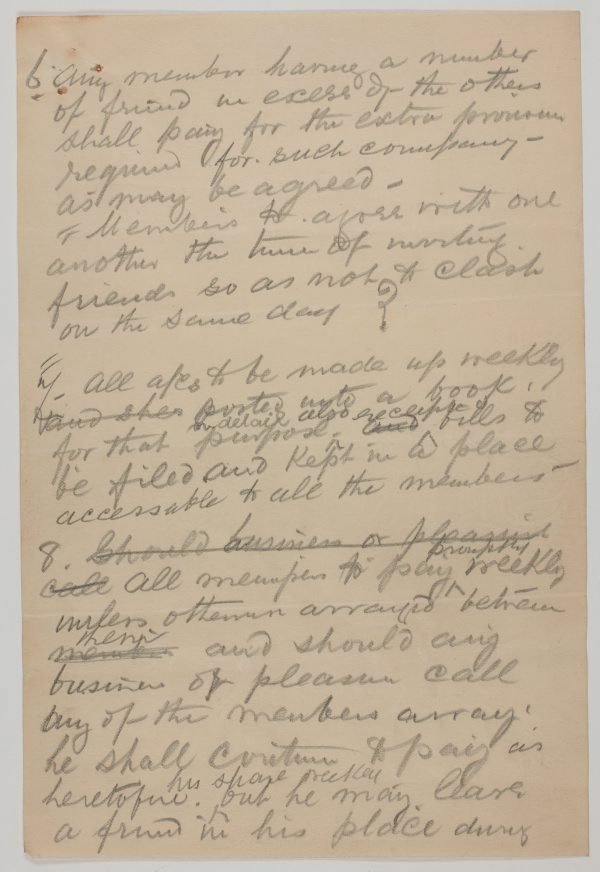 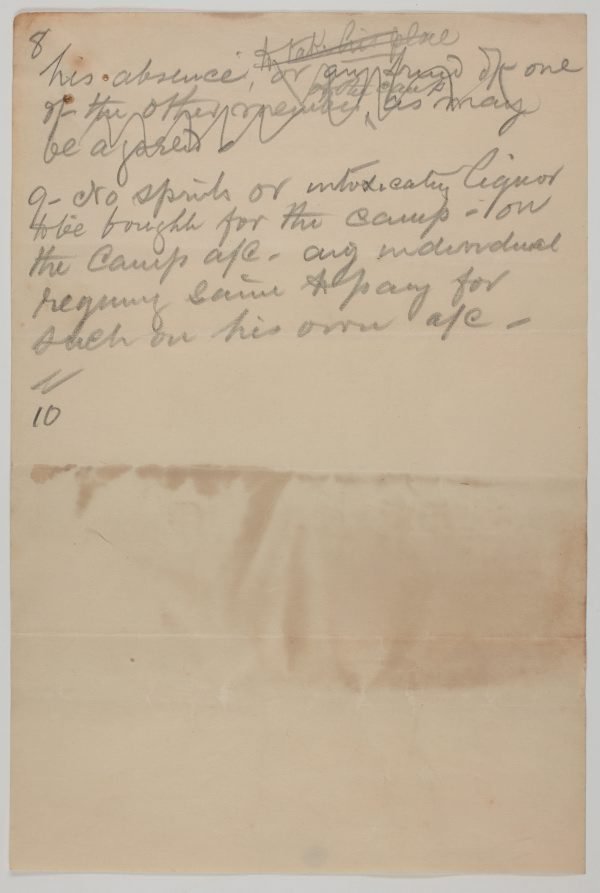 Rules for living at Curlew Camp

The artists’ camp at Curlew was established in the 1890s by Rueben Brasch, a clothing manufacturer who had moved to Sydney from Melbourne around 1875. Until the turn of the 20th century a number of artists lived and worked at the camp, including Arthur Streeton, Tom Roberts, Henry Fullwood, A. J. Daplyn, Percy Spence and Nelson Illingworth. Critic Frederick Delmer and musician William Marshall-Hall also spent time there. This photograph was taken when Fred Lane was the proprietor of the camp. From the turn of the century the camp attracted those interested in sailing and the outdoor life. By this time it had a weatherboard dining hut and a billiards tent, known as the ‘tabernacle’. Fred Lane (F. C. V. Lane) was a champion swimmer, who had won two gold medals at the 1900 Olympic Games in Paris. On his return to Australia he settled at Curlew. During the week he caught the ferry to the city, where he worked as a master printer for the firm of Smith and Lane. He left the camp when he married in 1908.These handwritten rules were given to the Art Gallery's archive by his daughter Jean Rosalind Rubensohn (nee Lane).